A Round of Audio Poetry and Plans 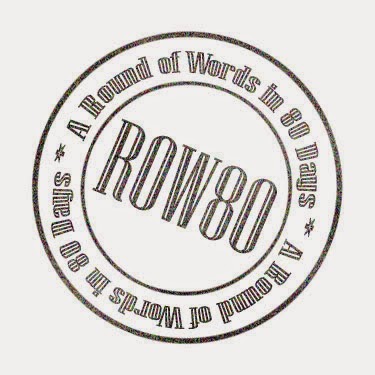 It's been a bit of a blur lately, Dear Readers, what with the rehearsals, props, emailing, improv, and everything. Don't even get me started on the day job! I suppose I will leave it at that. Its a day job and I answer the phone. It is enough to know that I don't like answering phones. But, it pay the bills.

It is late and I will keep this short, as I normally do on Wednesday (rehearsal nights). I am pleasantly aqble to say that I have made some progress this week. Maybe not every area. Alas, there are not enough hours in the days to get everything done, but it's a nice start.

Accomplished:
*Editing: first major accomplishment this week. I took my general re-write notes on the first three pages of The Audition and typed them up on the new script. It is only 8 pages to begin with, but it is going to be a full rewrite. The plot involves the same two leads Betsy and Justin. Not sure if it'll still be a comedy, might  be more a dramedy. Some back history, The Audition is a show I wrote for Keuka Lake Players 24 Hour Theatre in September 2013 and is a 1 act about Betsy's first BIG time audition. The original was a silly little comedy script. I want to make it tighter and trying to go for a deeper more mature script. Yesterday, I also took some notes for the next three pages. I have an idea where to take Betsy and Justin (might change the names too). Anyway, major progress on that project.
*Reading: American Gods (Neil Gaiman) is getting good. Passed the halfway mark. I am currently spending any waking time on reading this book. All others on hold. It's a real detailed story and I need to focus on it. It's my first Gaiman novel, so it's special and I am trying to acclimate myself to his writing style. Other book in queue, Oryx and Crake (Margaret Atwood) and The Winner Take All (A Doctor Who novel). 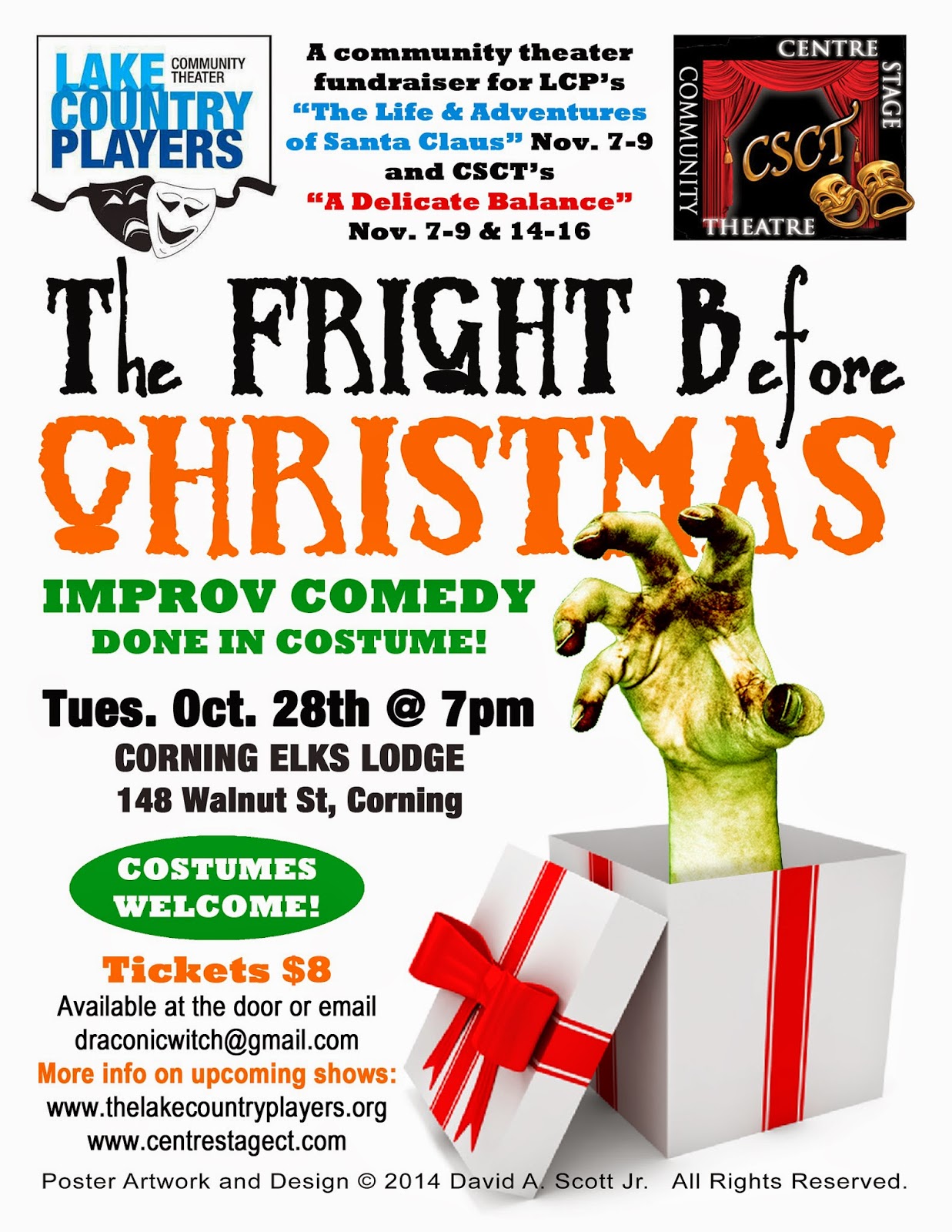 *Writing: currently most of my this week has been for OctPoWriMo. I wrote a flash fiction piece last week about Dinosaurs. And I haven't blogged in almost two weeks. I need to focus more on that. Not just say it but DO EEET! It's coming. I will do better. I will! More forthcoming!
*Theatre:
>Improv show is set and titled The Fright Before Christmas. Just needing to get people together. Improv, check.
Rehearse some (means practice). Have a poster and spreading the word. And then do it of course! Had a set back with my first location choice. It didn't pan out. Just wish the lady was honest with me about not being interested in putting on a word there. Anyway the show is looking good.
>Life and Adventures of Santa Claus. Got most of the costumes, the set is nearly done, lines are coming along. I have set up a TV appearance, emailed press releases to two newspapers. so things are coming together. Santa, check.

To accomplish:
*Finish going over The Audition and get notes and plot outlined.
*Blog this week.
*Finish American Gods by Halloween.
*Enjoy Halloween!

Come a visit with the Round of Words in 80 Days crew here!

Also, I posted my daily OctPoWriMo entry, but today's prompt was about audio and I didn't have access to recording a poem at the day job. I then had rehearsal until 9:00 tonight. So, with a bit of help from the Hubs who does this kind of thing for a living I recorded In Wartime.