Writing Prompt: I'm removing from my bedside table all the things that burn. 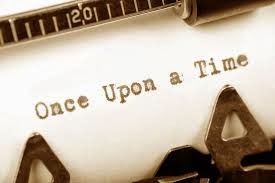 Prompt: I'm removing from my bedside table all the things that burn. From Sione Aeschliman.

I love to try writing prompts; sometimes it's a real challenge. I get many of my writing prompts from Toasted Toast Literary Journal. But, lately I have been utilizing the social media and a few new site and twitter friends I have a new source for writing ideas. Sione (see link to blog above) posted the writing prompt above, yesterday. I found her on twitter today and had to check out her blog. Give her a read, she is quite fascinating! :-)

It really good practice to just write. It's the only way I am going to improve. Sometimes it's not easy to get an idea started, especially if you don't have any idea what you are writing about. The writing prompts give you a boost, at least that is what I feel it's like. Here's what I wrote just now. I am not sure if I will write more, I might. I have an interesting scene set up here. Not everything that I write is destined to be shown to the world, but I think that everything I write is worthy of consideration. Maybe it'll be part of an 1 act, or a story story (I haven't written a short story in a while), or maybe I won't touch it again. But the point is that I am writing.

I give to my scene. Dear Readers, what do you think? Leave me a comment below! Christmas is fast approaching and I may not get to posting much next week, we'll see. Have a Happy Holidays and Blessed Yule, from me to you!!

She lain in bed for what seemed like hours. It's not like she had been tossing and turning, she was well aware that she wasn't going to sleep anytime soon. She just looked up at the ceiling, peering through the skylight in the roof. There was a faint trace of moonlight pouring into the bed room. It tinted the blankets a light silver. She glanced down at her feet, they were sticking out from the tiger blanket that she had wrapped herself into a cocoon. She pulled her feet back under the covers and rolled over.

The green glare of the alarm clock hit her face and made her blink back the tears that had dried to her cheeks and eyelids earlier. The clock said 2:37. It was late. She knew it, but that didn't the sleep come any faster. She was pretty sure that she would not be sleeping tonight.

Her eyes followed to the floor where the contents of her night stand were laying on the bedroom floor. She felt the rush of emotion from earlier. She wanted to yell, to scream, but her Father would hear her from downstairs, and she didn't really want him involved. Not that he cared much, lately anyway.

She saw the wooden faerie lying sideways facing her closet and her journal which had landed spine side up and looked like a little tent on her floor. She looked back at the clock, 2:39. She had almost reached for the book of matches that that been lying next to her cigarettes, both of which were almost now residing on the floor.

There was to be no burning shit tonight, she thought, no setting fire to the faerie or burning the pages of her journal. The emotions that ran through Sophia's mind earlier would have made her light the pages a glow. It was only the gentle purr of her cat, Lucy who had made her put down the matches and threw the journal and the faerie across the room.

It was a good thing that Darrell wasn't home yet, or she would have have another lecture on the treatment of personal items, especially since she was just staying her for the winter months. Darrell was an ass, but she had to listen to him. He was her step brother and the eldest of the kids in the house. She was surprised that her Father hadn't put up more of a fight about her coming to stay at his place during winter break. Her Mother was just as animate that she go.

It was enough to make her angry and sometimes when she got angry, stuff got burned.

It was better to have the night stand empty, except the alarm clock. Heck,even her cigarettes weren't with reach. She figured it was probably a blessing that they were now hidden in the closet, where she had thrown them.