I know, it's a bit disappointing, but I had kitty fall asleep on my chest and didn't have the heart to move her for over an hour and a half while watching Access Hollywood (that's a crime).

I have been collecting and writing from various writing prompts over the last couple of days. Trying out new ideas, images and putting them into cohesive thoughts. Some days it's not as productive as others. Today's prompt is the beginning of a story, which I am not sure where will go, but I feel that it's more a of mental cleanser, having lost Winkin last week and knowing that a few friends are struggling with weighty issues and I cannot do more for them.

So, I am writing today...about death and fresh starts. Dost that mean foreshadowing?

I chose: goddaughter / vim / intrepid #amwriting. So, I present my little scene that I started about two hours ago. 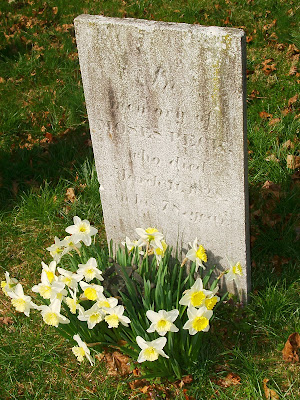 Murielle stood in front of the casket, eyes cast down at the still form of her Godmother, Rayelle. She couldn’t believe that she was gone. It seemed like a dream, at least the last few days did. Rayelle was so very still, lying in her casket. Murielle looked up and glanced at the preacher who was intrepidly holding some sort of court over Rayelle’s wake. He nodded a signal that she wasn’t being rushed.


She lowered her head again, in a mock prayer. She didn’t really pray, she never really prayed, even when Rayelle brought her to church every Sunday. It was a promised that had been made years ago by Murielle’s momma and Rayelle, to always take Murielle to church.


She laughed, not out loud; she didn’t need the congregation to swarm her for laughing at her Godmother’s funeral. She hoped it looked like she was silently crying. The church felt cold, it didn’t surprise her, as she mumbled words. It wasn’t a prayer, but something that Rayelle had taught her. Rayelle had known how much Murielle hated church; hated dressing up, taking communion, and bowing heads in prayer. It wasn’t for her; there wasn't this sense of divine power watching her, guiding her. It just felt uncomfortable and the church pews hurt after sitting for so long.


It wasn’t like Mickey’s church, where she felt like she belonged. She remembered the time when she had gone to his church one Sunday, there had been singing and dancing. He was African American and here in Atlanta most churches were still segregated even after all this time. It bothered me to know that Mickey who had been my friend since she had moved to Atlanta four years ago couldn’t come to the church that she attended with Rayelle. Yet he had invited her to his church. and she was sure that Mickey liked her and that was why he had asked her to come see his church. But, after the service when they went to get ice cream, Ray asked her if she’d like to go to the movies next week over ice cram sundaes and really terrible jokes that he, his mother, and sisters told. He really did like her and she felt like she might like him.


When she came home, bursting through the kitchen door, Rayelle was baking and singing an Elvis song. She asked Rayelle if she could go out with Ray next Friday. Rayelle smiled as she sang, “…only fools rush in…”


Murielle lifted her head and thought about that, she snuck a glance around. Everyone was still bowed in prayer. She continued her mock prayer, “Biscuits as wise, because they rise very early in the Morning.” She smiled and remembered, church was not for her and after seeing Ray’s church she asked Rayelle about why their church, her church didn’t do more fun stuff like singing and dancing.


That launched Rayelle is a lecture about the Bible and God, but when she saw the eyes of her Goddaughter glaze over, she switched to something different. 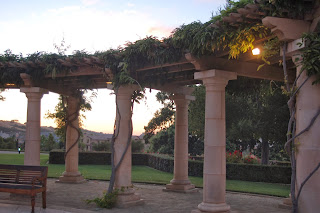 “I know you don’t like church, but it’s important to me.” She stopped mixing the dough and tried to wipe her hand on a towel with marginal success. The kitchen fan was blowing the warm air around the tiny kitchen making the curtains dance in swirls with such vim and vigor as she and Mickey had been dancing earlier. The thought made her smile. “I also know that you are not the church type, Murielle.” Murielle looked up at Rayelle, she tried to smile, and she felt bad just then. “Muri, if you promise to attend church every other Sunday, I will let you go to Mickey’s on the off Sundays,” that made me smile, just thinking about him. “If you don’t really want to pray, then you can make up words to pretend that you are praying. It’s used to do that when I was younger. It helped get through the long service. I eventually grew out of it, but I know that you and your Momma weren’t church folk, but I am glad for you joining me.” She reached out to hug me, her arms folding around me, “My favourite mock prayer was ‘Biscuits as wise, because they rise very early in the Morning’, and I would mummer that during the service and my momma never knew the difference.” She pulled Murielle’s chin up to meet her eyes. The crisp green in her eyes with a hint of gold smiled down at her. “I love you Muri.”

Where does your inspiration come from, Dear Readers? How do you find a story with a prompt of three words? Let me know. Leave me a comment and some love. I love to hear from my Readers, to know what is going on with them.
Posted by Here, There be a Writer at 10:12 AM