AROW80: Why is it Still Snowing Sunday? 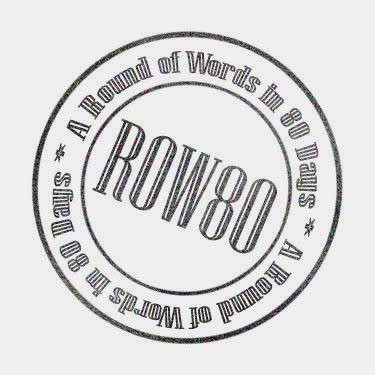 So, again I misjudge my end of ROW80, but that's entirely okay. I have been busy in a number of ways, so I
don't feel bad. It's March 23rd and this morning is bringing LIGHT snow flurries. I am SO SICK OF SNOW of any kind. It's not even pretty anymore. Most likely is a passing flurry, or barely able to be considered a flurry. AROW80 is all about writing and knowing that you have a life. This is very true of me in the last month. Life is certainly keeping me on my toes. So, I have a plan to keep the snow away.... 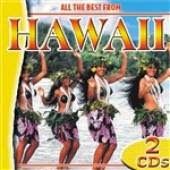 I am listening to my collection of Hawaiian music. Not something I normally listen to, but I love a wide scope of music and I got curious. It's a two CD set with about 30 songs. Makes me wish I was on the beach. Some of the songs are rather hokey; I prefer the instrumental, they tend to bring out the best feel of the sounds of Hawaii. I have never been to Hawaii. I would love to go someday.

And upon reflection the track list on the CD and the list of the CD case in NOT correct! I just listened to Bali Ha'i, but is labeled as Pretty Red Hibiscus. So, I get to guess what songs I am listening to . JOY! At least I know Pearly Shells. The good news, it's a version by Burl Ives, so I can forgive the cheap CD makers.

Mine and David;s wedding anniversary was on Friday. I took him out to Breakfast Saturday morning and he brought us dinner (how very mutual,  right?). Saturday was a rather fabulous day of spending it together. We talked and enjoyed a nice, if damp hike up at Spencercrest Nature Center after breakfast. It was a nice day. Sometimes life gets in the way, it was a good way to reconnect with David. It's been 7 years of married life (married on March 21st, 2007, the first day of Spring), although we have been together since late 1999 (going on 15 years of being together).

Trinculo and Caliban are coming along, both David and I got to work us scenes together, filling in Stephano lines. As for memorization, we got this! Now it's firming up the scenes, learning the cure lines, which is hard we you rehearse by your self. The only way I have found that helps the cue lines is running the scene with others. Yes, I haven't forgotten to post me and my lines. I will make that a priority this week. Shakespeare is hard to memorize, but when you do get the words, it is really a beautiful language style.

Been making my way through "Inheritance", not slogging anymore. But with Tempest gearing up and my other Theatre projects I have less time to read. I usually am reading on my lunch at my day job. I am still on three days a week. Each week I hope for four days (It'll happen). There is less than two weeks until 24 Hour Theatre and Zombeo and Juliet's first read through is tomorrow, and there's Improv starting up (the season is April through August). Serious, no rest for the wicked! But, I really wouldn't change a thing about my theatre life. It's in my blood. I also have bought a number of used books recently Wicked, Dirk Gently's Holistic Detective Agency, House of Leaves, and some Agatha Christie novels. I think I am going to spend the summer reading in the sun. Next series, Dear Readers, if you didn't know is going to be The Hunger Games.

The writing has been less drought-like. As I posted back on Wednesday, I did revise a script with a more cohesive plot and have been writing haiku and random poetic words to keep the juices following in the mean time. Also, I posted a non-ROW80 blog yesterday, taking a look back at a series of Disney VHS tapes (Disney Wiki - Disney Mini Classics) that I remember from my youth (some more than others). You should check it out, Dear Readers. There are at least a dozen of these tapes. I may do a full Disney month coming up. Either that or a Lesser known Fantasy movie month, in the vein of Rigoletto, maybe? Between that and the journaling, I am feeling more confident with my own zen writing.

It was a pretty good week, very productive and I feel great. A sure sign that Spring is coming, even if the snow is still falling. Thankfully, at the time of this blog has stopped. It's a new day and there a new chance to make something awesome. I am going to see some friends in their final performance of Elmira Little Theatre's "Mornings at Seven" later this afternoon. Have a great day and a Great Week, Dear Readers!

This Blog is part of AROW80's Blog Hop! Check out my fellow writers and bloggers.