It’s been 3 days since my show,  Charlotte’s Web has finished and I am feeling the crash. See, it’s the emotional overload of the post show emotions that always get me. The more to throw yourself into a roll-actor, stage manager, or director-the more of a crash your experience after it’s all over.

I have spent 3months of my life, no, longer than that gearing up and building this show. I have held auditions, designed a set, pulled costumes, cast a show, and rehearsed songs, blocking, and choreography, that’s a lot you might think? Yes, it is. No, I didn’t do it alone, but at times I felt alone. One person holding up a whole cast! Not an easy task, you can imagine. I liken the task of a director, to being a Time Lord, being responsible for so many. And while that was true, I also discovered that being a director is being like a mother bringing a child into the world. A dear friend of mine told me she was excited for me, that I get to birth a ‘theatre baby’. After this show I believe she was right. I did ‘birth’ a baby and watched it grow.

I usually find that I am left with sadness that kind of hangs over me, even if I am feeling good. The loss is a great one.

The good news is that in time life returns to normal, the next project begins, and you find yourself strong and happy again. I know that this experience is one I will never forget. I learned a great many things as a director, but the biggest one was that I can truly do great things. I made stars out of a little girl (Wilbur) and a senior in high school (Charlotte). This isn’t to say that the rest of the cast isn’t deserving of praise. In fact every single person in this cast of Charlotte’s Web earned their bronze medals and blue ribbon, but they also helped this director make something AWESOME.

I saw someone who was scared of singing in public and she sang a duet in this show (Edith Zuckerman). I saw several cast members get and perform major roles on stage, their first (Fern/Avery/Homer Zuckerman). I saw students given responsibility as student directors and student choreographers that received respect from their fellow actors. And most important I saw a vision, my vision, of the story of Charlotte’s Web realized. I loved it! I love creating! I love building something that other can enjoy.

Now that Charlotte is over, the creating in far from over, this blog is the beginning of my journey to become a writer. A friend once told me to write, everyday, to write anything and everything. I begin here. Here, There be a Writer. Here, There be a story waiting to be told. Come and travel with me. Witness my journey to become that which I have dreamed of. The world of words! The world I am creating for you to enjoy, as I has created before.

“Purpose is the reason;
Will is the means;
and Will guided by
Purpose leads to Aréte:
the fulfillment of one’s
potential for
excellence.” 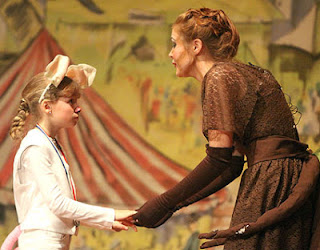 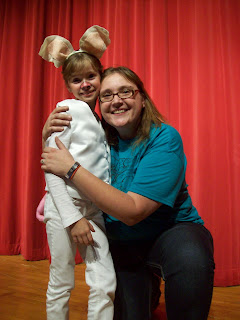 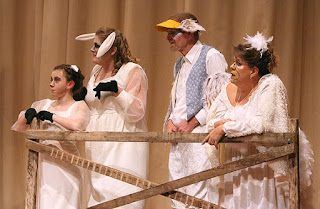