Fredonia is a little village not far from Lake Erie. I grew up here. It's a small town, but after I grew up and graduated college I find that I miss some of the finer points of this my hometown. The little village at the farthest point from New York City.

Fredonia is a small town, but not so sheltered. There is SUNY Fredonia that draws a lot folks from all over the state and even overseas. Growing up on the shores on Lake Erie, Dunkirk and Fredonia were my playgrounds. And that how much of my childhood is remembered: playing on the various playgrounds in Fredonia and neighbouring Dunkirk, Sheridan, and Silver Creek and swimming at Wright Park or Point Gratiot (re-named Point Grommit in college). 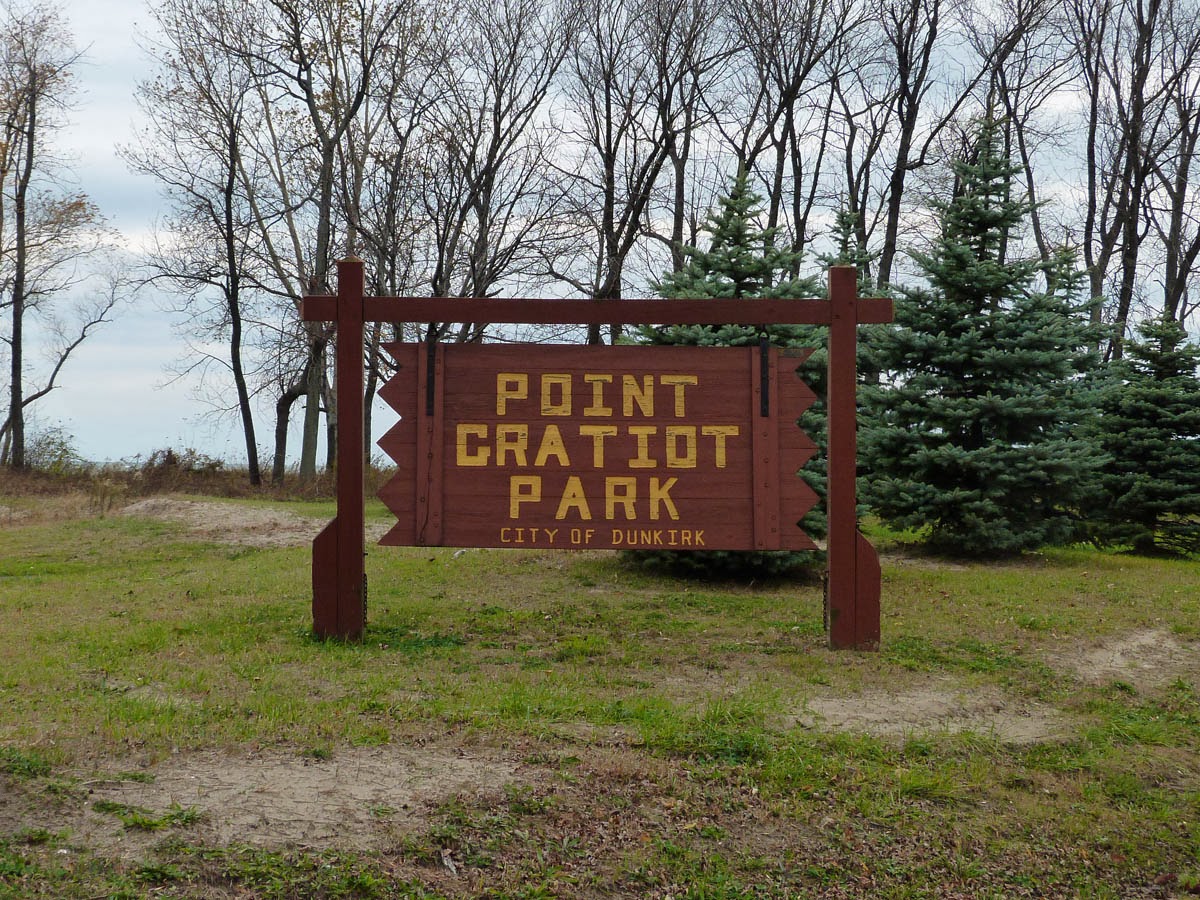 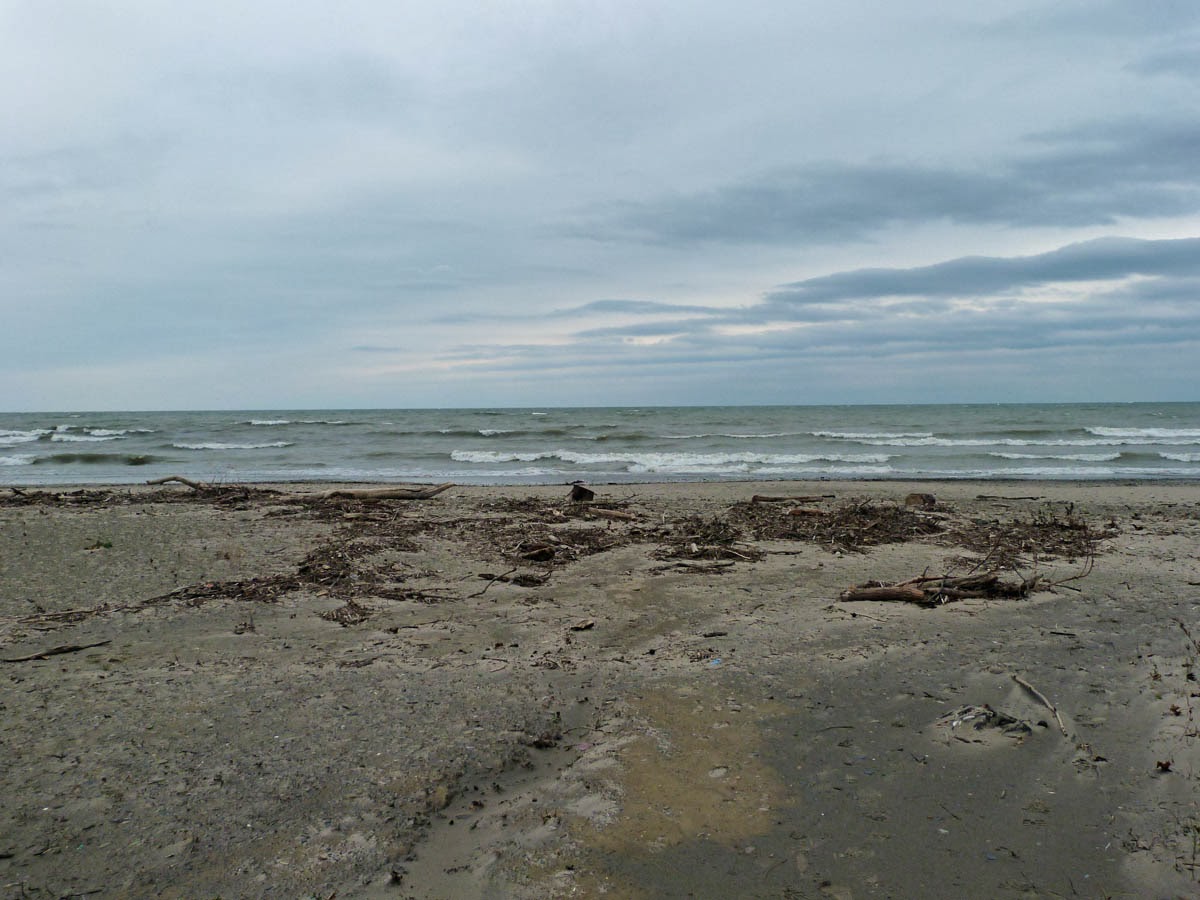 It's a very peaceful place. The swimming is more difficult, because of the rocky shore, when you first get into the water, but later turns to sand. I favourite past time was to scour the shores of the Point for shells and beach glass. There is a lighthouse (blog on lighthouses) and walking trails to enjoy. I still make time to visit the Point when I am in town. Here's a link to the Roger Tory Peterson Institute article on Point Gratiot.

In the center of town there is the town hall, which boast the "Fredonia Opera House". I had wished this had been renovated sooner. I was in college by the time they opened it up. I have been inside, even got to see the "Dady Brothers" perform there. They feature movies, concerts, and now play and such. I must needs attend a perform the next time I am in Fredonia. The building that houses the Opera House, also houses the Fredonia Police Department, and Village Hall (and offices). 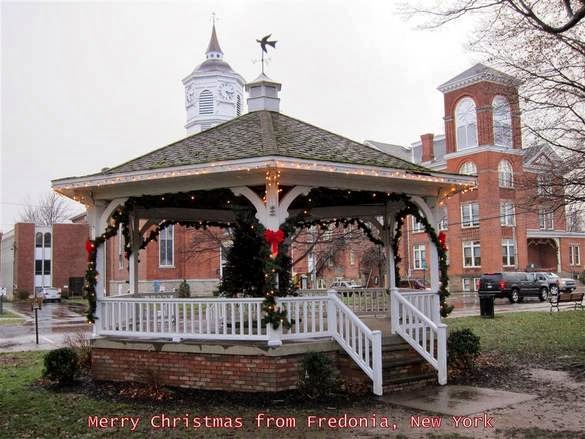 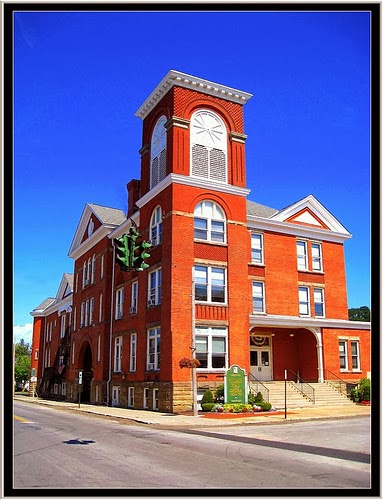 Nearby are the Barker Commons, the twin parks, where the village Christmas Tree dwells in the Gazebo. Here, there are festivals both craft and musical: The Farm Festival (in August) and Red, White, and Blues Festival (in September) It makes me happy to see Fredonia using it's potential. 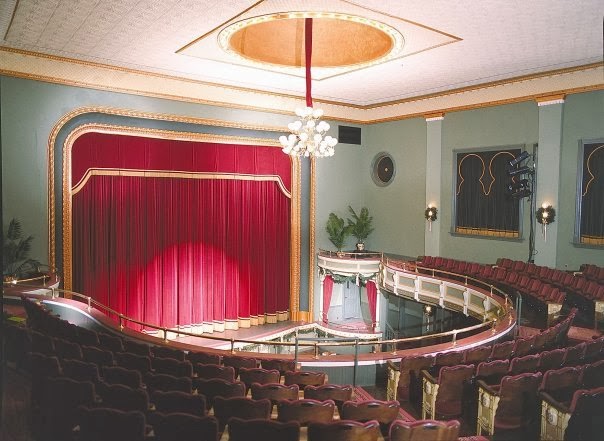 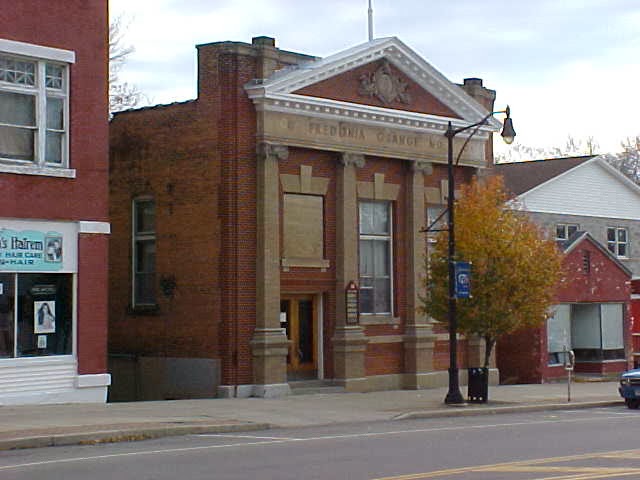 Other places that I experienced include the Fredonia Grange. here they would put on square dances, which my friend Leah took me to a couple of time during our high school years. I have a love of super fun things and I miss square dancing, a lot. Even if you have never square danced, you can't help but have fun doing it. Half the fun is just doing it. I would usually laugh as I tried to follow the caller and keep up with the dance, often stumbling along the way. 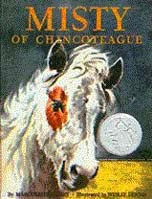 There is the Barker Library. My favourite place to be on a Saturday morning. I would go there and listen to record and tape (although they had more records back when I was a kid). In the summer the library hosted "Bookopoly", a book version of Monopoly where you would have to take out a book and read it on the topic that you landed on. The following week you reported on the book and were rewarded with "Book Bucks", with which you could save up to buy to prizes. I remember reading a lot of books during those summer. The one I sort of remember reading, is a book called "Big Red" about an Irish Setter (I think); I also read the Misty of Chincoteague books. 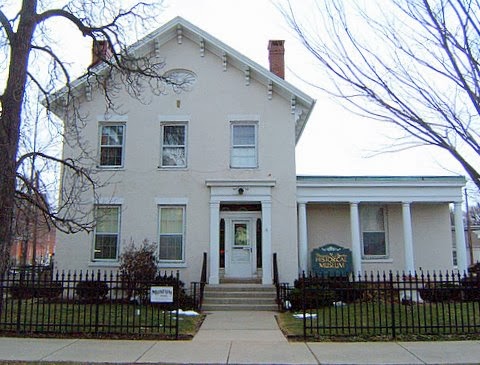 The Barker Library also had a museum that had been renovated and re-opened to the public. That was part of Darwin Barker's house  and featured aspects of his life and life in Fredonia in the 1800's. This is where I wanted to become a librarian. Heck, I even helped sort books in the children's room, because I was such a frequent visitor, that the librarians got to know me. If I ever choose to go back to school, I would like to go back for library sciences. 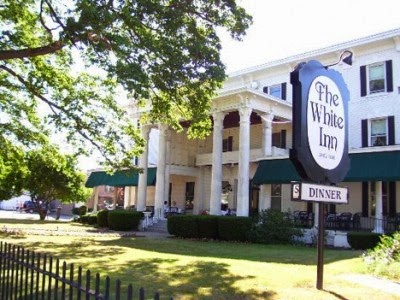 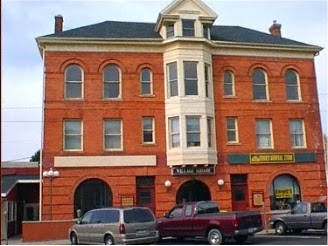 I could go on and on with neat memories, but I will leave off here, Dear Readers. Do you have fond memories from your hometown? What are they? Leave me a comment below. Oh, and if you are familiar with Fredonia ans Dunkirk and have pictures you would like to share, let me know. I'd love to see them. My email is draconicwitch@gmail.com. Have a great week, Dear Readers!
Posted by Here, There be a Writer at 8:12 AM