I was thinking about what to write about tonight. There wasn't going on in my head today, truth be told. Work had been a full day of reports, ringing phones, and printing envelopes (not a favourite task, as the printer at work hates envelopes). Any who, I was left tired, irritated, and with still nothing to write about. David had planned on taking me out to get a desk for my study, just a small work desk for my easel, and after that a nice dinner. Well, while looking for a restaurant that wasn't standing room only (the popular phrase of the night, we ended up at Jelly Beans the Restaurant. I cute little local eatery that serves American cuisine and gives out Jelly Belly jelly beans instead of mints. Yum! Anyway, check it out out if you are in the Twin Tiers (Corning, NY). 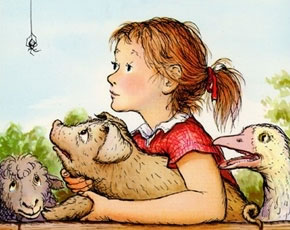 So while wondering around Big Flats running a few errands, before settling on food that we didn't need to wait for, the topic of musical popped into my head. Now, yesterday, I watch "Godspell" the movie adaptation, so musicals were already kinda in my head. I started thinking about my favourite musicals. Since 2006 I have been acting in Community Theatre and have been in a number of productions. I wondered what I would put on a "Top 10 FAvourite Musicals" list. During dinner David and I brain stormed musicals. I was surprised how hard it was list my top 10. I have seen (both on stage and in movie format) and been in good number of shows, but I was having trouble narrowing it down to 10.

The criteria for being on my list requires that I had seen the full show, or have been in a productions, but doesn't limit movies, as there a a good many movies that do not have stage adaptations. It has to be a musical, in the aspect of having a certain amount of song. And the most important part, they have to have meaning in my life. I cannot pick 10 musicals without them having a special place in my heart.

Now while this is a movie, it is also a musical. I grew up with the movie, and know the whole thing by heart. Everything from Templeton lines to the song "Chin Up". But after directing a stage adaptation and falling in love with the music from the musical. I count both versions, because each are their own version. Both are loved! Favourite Song:  "Chin Up" (movie) and "Whose Says We Can't Be Friends?" (musical) 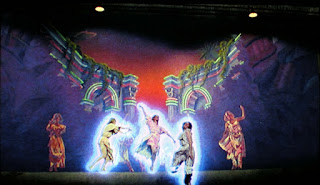 I know. A lot of people are going WHHHHHHHY?!?! There are reasons. I realize that the movie (I have not seen the stage adaptation of this show, so I am basing this on the movie) is cheesy in it's own right and the acting isn't the greatest, but there are a few things that stand out. Firstly, most of the music was written by ELO (Electric Light Orchestra), if you don't know who they are, you should look them up. Second, Gene Kelly is in this version, and he gets to dance a some. And third, Olivia Newton-John sings. The story of the roller disco is rather silly, but the underlying theme that you should follow your dreams is a good one. It's on the list. I love it! Favourite Song: "I'm Alive" and "Xanadu" 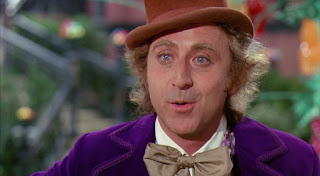 I got the chance to play Mrs. Beauregarde in a production of Willy Wonka the musical. I grew up on the movie and Gene Wilder's Wonka. He was born for that role. The songs that are in the movie are touching and sincere (with exception to "Cheer up Charlie"). "Pure Imagination" is just timeless. When in the stage adaptations, there were new songs, each kid got their own song, tailor made for them. Violet Beauregarde sang "Chew It", I had my first solo with that song, that part. It was scary, but also exciting. It will always hold a special place in my heart. Favourite Song: "Pure Imagination"

I knew nothing of this show prior to auditioning for a production. I just knew that I needed to audition. I ended up in the chorus, but I had so much fun. I got work with some talented people. The songs in Full Monty are all real and heartfelt. Just a great show all around. Favourite Song: It's a tie between "Big Ass Rock" or "Breeze Off the River"

Would it surprise you that I used to watch this a lot with my parents? Taped from TV (so there weren't nudy bits showing). The characters are fun the songs are silly and touching or about touching in silly places. My favourite characters were Melvin Thorpe (Dom De Luise) the TV watchdog out to stop the Chicken Ranch, the Governor (Charles Durning), and Miss Mona (Dolly Parton). Favourite song: "Do a Little Side Step"

I always thought this was a Disney movie, but it's not, I guess with the Dick Van Dyke, I got confused. It's just a fantastical story, full of silliness, which Van Dyke excels in. Favourite Song: "Chitty Chitty Bang Bang" 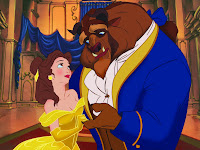 Number 4: Beauty and the Beast

A classic story. A beautiful story. Something that Disney got right on the first go around. I got to see Beauty and the Beast up in Toronto in high school. I freaking melting during the Beast's song "If I Can't Love Her". What can I say, but my favourite song will always be "Beauty and the Beast". 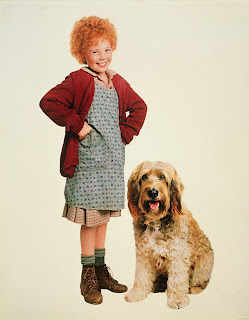 The first musical I auditioned for, back in third grade. Guess what part i tried out for? Go on! Guess! What happens when the tallest girl in third grade auditions for Annie. Nothing! That's what. No, I am not bitter, just wiser. There is something about Annie that drew me in. No sure what, to tell the truth. I wasn't familiar with the comic or the old radio show. i do recall having to see tomorrow for chorus, I think. Anyway, the movie is what I remember most and the characters. Oh man, Rooster, what a scoundrel and Miss Hannigan!! I won't lie, Tomorrow is a favourite song, but my all time favourite song from Annie, "Little Girls" sung by Miss Hannigan. that is a role I would love to play sometime. 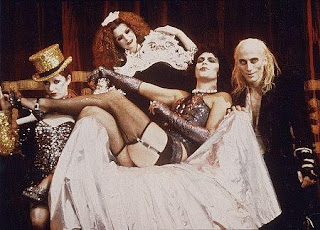 I remember not understanding this movie at first. So, for a number of years, I just passed it by. Sometime is college I was re-introduced to the movie and subsequently joined the Rocky Fan Club. It was there that we put on shadow casts of the movie, including all the call back and the audience participation. Oh, those were great days. It was also where I met my husband, who was the first guy in the fan club to play Dr. Frank-En-Furter. I got to play Eddie, Dr. Scott (married a Scott too), Magenta, and Betty Monroe (the Hoe). Magenta is my dream role for this show, because she gets to sing the song "Science Fiction, Double Feature". A couple of years ago David and I, along with friends got to see a live production at the Hanger Theatre in Ithaca, NY. It was an AWESOME production. Frank played a violin during his soliloquy. the floor show was matching and well choreographed. It was so good! Favourite Song: "Science Fiction, Double Feature"

Oklahoma! I watched this on tape so many times. I am surprised I didn't wear the tape out. I watched to be Laurie, who married Curly the handsome cowboy. Years later, when I got to audition for a production, I switched gears and aimed for Ado Annie, to buxom flirt of Oklahoma! I got neither, but i was part of one of my favourite shows growing up and that I performed in. i got to play a western saloon girl in the Dream Sequence. The Burlesque Girls were a favourite part of the show. Favourite Song: There's a tie! "I Cain't Say No" (When sung well, this song is full of AWESOME. Katie Robinson (local gal) knocked Ado Annie out of the park in the KLP stage production. This is not the case with the movie version. Check out the Hugh Jackman version, which is also great.) and "Oklahoma!" of course.