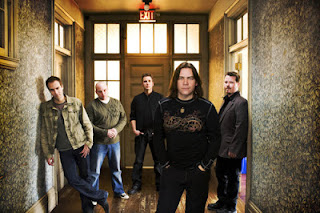 This year’s is GBS’s 20th anniversary (1993-2013). For 20 years they have been making and playing music across the great Canadian Plains, as well as in the States and across the Pond. Part of their big celebration this year, the band has released a 2-disc Greatest Hits collection and are going on a rather extensive tour of Canada and the US to promote it. They have also recorded 6 new tracks that have been included on the "XX" album. 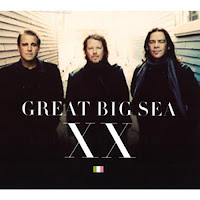 You’re probably wondering who GBS, right? Well, GBS is Great Big Sea and Celtic/folk rock band that hails from Newfoundland, Canada. You know that big island off the eastern coast of Canada. Theirs is a blend of traditional Irish/Celtic/Newfoundlander folk and rock.

I was introduced to GBS in college by the same friend who introduced me to Dar Williams. Back then, I knew a total of 4 songs by GBS: "Run Run Away", "Mar-Mac", "Ordinary Day", and their cover of REM's “End of the World,” Alan has phenomenal breath support to be able to sing it that fast. I love these tracks, they were very catchy and bordered on pop, without actually being pop. That was where my knowledge stayed until a trip to one of the many CD conventions I attended in the late 2000's. This one was in Ithaca, NY and I happened upon the "Great Big CD/DVD" combo and the "Something Beautiful" album. I fell in love with them after that. Something in their sound was truly beautiful- something there-and is full of awesome.

I remember one weekend-after getting those albums-up in Buffalo visiting my friend Laura and we went for a drive in Canada (back when you could cross the border with just a regular license). We were listening to the "Something Beautiful" album while driving thru St. Catherine’s. That album is made for scenic driving. Laura and I had the best drive of our lives (well, I can’t speak for her, but it was the best for me).

After that we started attending any concerts that were in the Buffalo/Rochester areas and the collecting of the music began. I discovered that this little band from the St. John’s area was quite the thing. They are REALLY HUGE in Canada! The US boasts quite a fan base as well, but GBS isn’t really main stream here as in Canada. Not that I mind, they make great music, have fantastic voices, and offer their hearts to their fans.

Neat factoids about this great group of guys, of whom there are 5. (there were originally 4, but one member, Darrell Power bowed out after their live album after of their Sea of No Cares tour to spend more time with family). The band added 2 more and this is the line that is still touring and making music. The members are Alan Doyle, Sean McCann, Bob Hallett, Murray Foster, and Kris McFarlane. Back to the factoids: Alan Doyle, the co-lead singer of the band was in the recent Robin Hood adaptation with Russell Crow. The Bob Hallet is an published writer and author whose work includes many of the early GBS liner notes, a couple of textbooks for children, and pieces of work pertaining to the music business. Murray Foster, formerly of the cult band 'Moxy Fruvous" has created a pseudo band "The Cocksure Lads" and is making a movie of the music that he has co-written with fellow Fruvous band mate (9funded through Kickstarter), Mike Ford. Sean McCann, the other co-lead singer of GBS was the first of the band to take a stab at a solo work. He now has 2 solo albums. Kris McFarlane, the drummer from Nova Scotia who has performed with the likes of Denny Doherty (founding member of the Mamas and the Papas) and The Paperboys to name a few. 4 of the 5 members all have degrees in English (be still my beating English/Literature heart).

GBS has a wide body of work and I would like to highlight my top 10 Great Big Sea songs. Not all of these are from the Greatest Hits, nor are they all singles from any of their albums. These are tracks I think anyone looking to get into GBS should give a listen to. 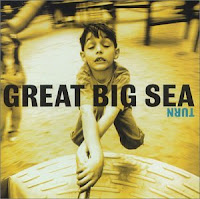 Translates into 3 Ships of Wheat, it tells the story the sailors on the ships talking to 3 sisters on the shore trying to sell wheat to them and not succeeding. While sung entirely in French, it’s done very well. From the “Turn” album and beautifully sung by Alan. 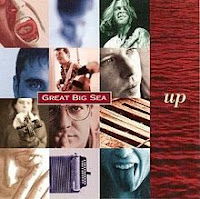 This is a  sentimental ballad about the life of a sailor and his feeling about the sea and his family. The hardship of leaving his family, but the love he has for sailing and the sea. This is also sung by Alan and is from the “Up” album. 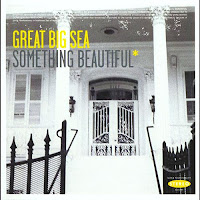 From the “Something Beautiful” album, it’s more modern sounding, although not as heavily influenced by the pop rock sound as the “Sea of No Cares” album. It’s simply about things going right in the singer’s life, if he were king. 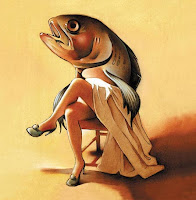 A Bob song! When I first realized this was a Bob song, I was instantly impressed. There are a lot of words in this song. It’s a traditional Yuletide song, in the vein of “12 Days of Christmas”. Traditionally sung during the Christmas season in Newfoundland. Bob does a great job on this track. It’s from “The Hard and the Easy” album, which is all traditional Newfoundlander folk songs. 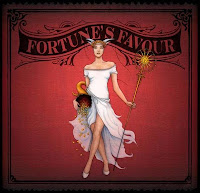 The first time I heard this song, I realized that GBS could and is a rock band. The band that had been practically a folk band for years was proving they could do the rock and do it well. The song is about selling your soul to make great music, but the reason it works is  because Alan believes it as he is singing. It’s not the normally pretty ballads or the rough salty sea shanties of the norm. It’s raw and gritty. I love it! 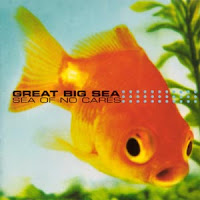 This song in from the album of the same name, and is unfortunately the victim of over-production. I like the song and the album has a number of nice tracks, but it is clearly over-produced. The Live/Living Room version of "Sea of No Cares" slows down the song. It makes it more emotional and touching. I can hear Alan singing his heart out on this version. I recommend anyone curious to skip the album version listen  to the version on the “Courage, Patience, and Grit” live album or any live version online, or even better go to a GBS concert. It’s worth it. 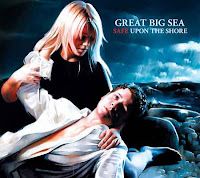 A Sean track this time. It’s a little more country, but there is something inherently catchy about it, about the kindness of good people in a world filled with many less than kind people. It’s on the “Safe Upon the Shore” album.

These are tied, simply because I cannot choose between them both; at least with their live shows these are both done acapella. "General Taylor" is naturally acapella and "Old Brown’s Daughter" is done acepella at their live shows. GBS have such amazing harmonies that any acapella songs make me melt. "General Taylor' is sung by Sean from the “Play” album and "Old Brown’s Daughter" is from the "Turn" album.

Another traditional song from “The Hard and the Easy” album, sung mostly by Alan with only a bodhran accompanying him and the rest of the group singing the chorus. Oh man, I get goose bumps when this sung play. It’s a touching story of the River Driver, the men that help pull the barges (with the use of horses of course) up the canals to deliver goods to the more inland cities and villages. Alan’s soulful voice is heart breaking as he tells the story. I highly recommend this one. 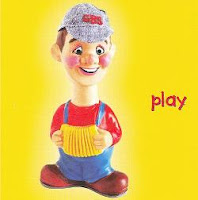 Probably their biggest hit ever and the unmistakable with the Morse code beeping in the intro. The first track on the “Play” album, it a fun track to listen to both the studio version and any live version.

GBS is still putting out quality music. I recommend you giving them a listen if are interested in the Celtic/Folk sound, but don't discount that these guys can rock. If you get a chanced to see them live, please do so. Their tour schedule, music, and such can be found on their website: GREAT BIG SEA.
Posted by Here, There be a Writer at 3:28 PM

Email ThisBlogThis!Share to TwitterShare to FacebookShare to Pinterest
Labels: 20th Anniversary, blogging, Fortune's Favour, Great Big Sea, Safe Upon the Shore, Sea of No Cares, Something Beautiful, The Hard and The Easy