Re-write of the Andromeda Myth

Sometimes you want to try something different. I sign up for this thing hogwartsishere.com. It's like school,
but online school for Harry Potter fans. I like Harry Potter and it's free. I signed up for Astronomy, as I feel that I could still do the homework, even if I wasn't a full on Harry Potter nerd (NOT that there's anything wrong with being one). My first assignment was about constellations, writing in one's own words about our favourite constellation and then re-writing the same myth. Well, I was excited. This was something I could do.


I chose Andromeda. While it's NOT my absolute favourite myth, that would be Minotaur, it is in the top 10. So, I played with ideas and concepts and came up with this little ditty about the alternate Andromeda myth, using some ideas from the original myth and taking other ideas. I found that maybe I could turn this into a short story, maybe even a novel (if I did it right).

I have added a bit more and tweaked the verbiage. But I present, the myth of the Sea Warrior (or Goddess of the People)


Andromeda who grew up in a distant land. She was born with strange powers. Something that made her mother feared what the village elders would do when they found out. Would they kill Andromeda, thinking her a witch?

From even an early age strange things happened around her everything from rain storms forming when she cried, lightening striking in strange places, the random fires from the lightening strikes that couldn't be extinguished by water. Or the death of the village’s blacksmith. One day he was wielding a new sword he had just forge, testing the balance, when suddenly a bolt of lightening flew from Andromeda's hands, hitting the blacksmith. She had been nearby, watching the sword dance on his fingers, she duck behind her hands when he did a complex maneuver. She screamed in terror and he burst into flames and died.

It was then that the village elders couldn't deny that Andromeda had special powers. Many of the Elders were afraid, some want to ban the little girl from the village, others would have had her locked away, one even wanted her dead. Andromeda's mother fought to kept her daughter alive. after all, she was only six. What harm could she do. But, the Elders said 'plenty' pointing at the Blacksmith's widow and children. The elder boy had to take up his father's volition, at a much younger age, Vulcan was not a Blacksmith by trade, but the village needed a smith, so he took his father's mantle up and sharpened sword, made horseshoes, and tried to make new weapons. This , the ELders said was why Andromeda had to be punished. But, her Mother kept trying to tell them Andromeda was only a child, they couldn't just abandon her or kill her.

In the end the Elders, they chose banishment. They lead her to the edge of the village, her mother screaming and crying, threatening to leave the village, if only to allow Andromeda to stay. The Elders were all but deaf to the mother's tears. That day, the day Andromeda, a scant six years was banished out to the world.

One Elder, a woman named Pyra, also cursed with a curse or gift of fire making. She decided to act alone and give Andromeda a satchel of supplies and a bit of sage advise. She told her to travel south and look for the Man in the Grey Hood. She said they when she found the Man with the Grey Hood, she would know what to do. Ans thus Andromeda was sent into the world.

She traveled many leagues through forest and fens, into other villages, mostly keeping to herself. She tried to keep her cursed gift to herself, but sometime a thunderstorm occurred when none was predicted. After some ten years of roaming the lands, she came to a seaside village, far from her homeland. The village was in the middle of a drought, all of the crops were dried and dead, people were starving. As she walked through the marketplace, she saw the meager crops and the dying. On the edge of the market, there stood gates to the castle, the smallish castle. Andromeda thought of the advise Pyra had given her all those years ago, "Look for the Man in the Grey Hood." It was the first time she had thought of that advise in years. Her first year or two, she asked in every village, usually making up an excise to why she would need to see him. No one ever heard of him, so after a while Andromeda stopped asking. But today, something made her climb up to the gates of the castle. The guards seemed indifferent, but just point down the hill and out to the harbour.

Down she trudged back through market, asking after this Man in the Grey Hood. A young boy sitting on a stone wall with a dusty sheep tugging at it's reigns, he pointed towards the sea, he  motioned her to follow him. Taking his sheep and her hand, he led her down the worn foot path down to the sea. There at the edge of the village he pointed to the break wall, where the waves crashed against the shore there was a figure, cloaked in grey. Andromeda nodded to the boy and placed a copper coin in his hand and walked out onto the break wall.

She crossed to him, about to tap her finger to his shoulder and then he spoke, “It’s been there for almost four fortnights, no storm has taken this long to break. the spring rains have never been this late,” he said, “We are dying of thirst here.”He pointed to the huge thunderhead there loomed over the town. Turning to her she saw sadness in his eyes, as he pulled his Grey Hood off his head. Eyes of slate grey staring at her. 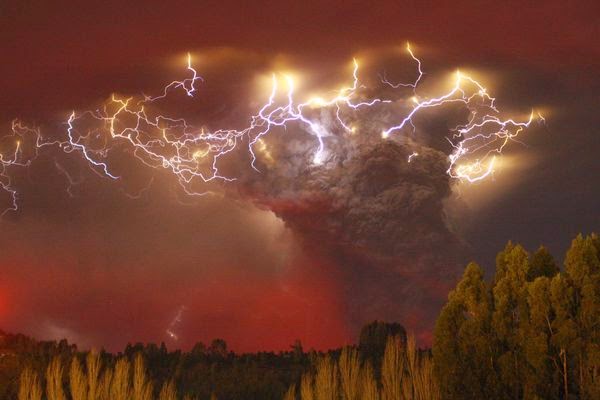 "I see," was all she said, and nodding she turned back to the sea and then storm cloud. She lowered her satchel, placed her walking stick down, and raised her arms to the heavens. No words escaped her lips, but there was a flash and lightening streamed from her hands towards the cloud. A crash, lightening hit, and people screamed. There was a gust of wind and then suddenly the rains began to fall.

“My name,” she gave pause, “is Andromeda, no Goddess am I, but a woman cursed. I just did what I knew needed to be done. Back home I was almost killed because I brought the rains.” She pause, "They thought me a witch because a man died from a stray lightening bolt that I couldn't control because I was untrained. I didn't know."

“Nay, I see no one curse, but a young woman who has just saved my home. You must had learned a lot of patience in the years since," he said "You do not have to fear your gift here, for you are welcome here in the land of my Elders. We will honour you for your deed today. A statue of your in your finest, of you with your arms raised to the heavens to break the storm cloud.” The rains continue to fall as Man in the Grey Hood led Andromeda off the break wall and back up to the village.

He turned to her. “My name is Perseus. Welcome to the edge of the Kingdom of Persia."
Posted by Here, There be a Writer at 8:20 PM