The Wizard of Oz: Book vs. Movie 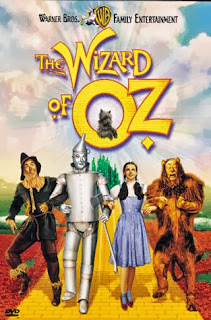 I don’t think that I can adequately put into word my love for Oz and all things Oz related, but I am going to try.

I grew up watching the movie, singing the songs, and wishing I could go and visit the land of Oz (thought I was gonna say "Over the Rainbow", right?). Truthfully, I never read the novel until I was in high school. For the most part I hardly paid attention to L. Frank Baum and his work's. I enjoyed the sequel that was made in 1985, starring the little misfit herself, Fairuza Balk. Again, I seem relatively unaware that any other Oz stories existed, until sometime while I living in Dallas. I found the original 14 books (over a course of time at Half Priced Books, a dangerous placed for any Bibliophile). I bought them.I read them.

I re-read “The Wizard of Oz” and that was when I fell in love. Each book that I read made me more in love with Oz and Baum’s work. It was magical. A serious love affair began.

I grew up on the movie and can hardly find a way to hate the movie and its attempts to bring to life a world created by a dreamer. That is what L. Frank Baum is, a dreamer, but a wonderful dreamer. An actor, writer, storyteller. This man made world come to life for countless children both during his life and after. There is a delightful bio-pic about Baum that is included on the 70th anniversary “The Wizard of Oz” DVD, featuring John Ritter as the father of Oz. To anyone that loves Oz, you should check it out. It's called "The Dreamer of Oz". 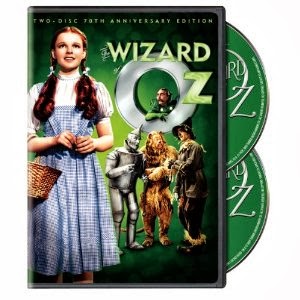 There are a number of differences between the novel and the movie that I would like to point out. The major one being the witch’s shoes. This is probably the biggest and most obvious to anyone who read the book at all. In fact the cover of the Del-Rey version even has Dorothy wearing the silver slippers. Also, anyone who has watched the movie is all too familiar with the now uber famous ruby slippers. But the Baum originally had the Wicked Witch of the East wear a set of silver, not red slippers. It a slight change and honestly not one that ultimately makes a difference to the story. I think that when they made the movie, Technicolour was such a new thing that some one wanted the shoes to make an impression.

The second major difference between the novel and the movie is that book acknowledges that Dorothy really was in Oz and that time had passed since she disappeared into Oz during the cyclone and her return to Kansas. While the movie makes the whole journey a figment of Dorothy’s imagination brought on by a bump on the head. It seems rather silly to just make the whole adventure just a dream when the original intent was to make Oz a true place. I understand the movie, but something inside me gets that warm happy feeling when you know that the Wizard, Scarecrow, Tin Woodsman, and Cowardly Lion are real, and not just a version’s of the farmhands that work of the Gale farm or a traveling fortune teller. It leaves me feeling a bit odd about the movie, almost a disconnection from the story.

Other changes from book to movie range from Glinda-who was originally the Good Witch of the South-into the Witch of the North. Or omitting that each country in the Lad of Oz has a specific colour attributed to them, heck it’s barely hinted that there are separate countries in Oz at all. Note: there are four countries that surround the capital city of Oz: Munchkins (Blue, East), Quadlings (Red, South), Winkies (Yellow, West), and Gillikin (Purple, North). Much of the other Oz books feature characters and adventures that occur in these other lands, some of which do include Dorothy.

And what a set of stories indeed, there is even a fair amount continuity through all fourteen novels, except for a kitten that changes colour from one book to the next. That the  only major break in continuity that I can readily recall. 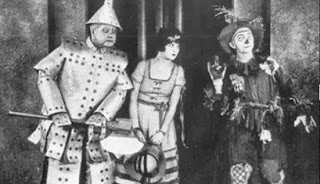 Yet, I can hardly turn my back on a classic movie. I don’t feel that movie movie is a terrible representation of"The Wizard of Oz." Or, the musical adaptation. There's The Muppets movie version too. and the countless animated versions.  Each version bring something of the original, while creating a new spin on the original story.Some are entertaining, while some are quite absurd.
Baum's work. There are a number of variations of the Oz story and each brings a feeling a youth and wonderment. There is a TERRIBLE silent vaudevillian movie from 1924. There are other movie made in and around the 1910's and 1920's, this was the first one I happened to watch. If you are curious, I can watch it here: "The Wizard of Oz."

I find myself siding with both versions for equally good reasons and neither fails at its job of telling a story to the enjoyment of all. Whereas, before I would find the changes unnecessary, annoying, and maybe aimed to a certain demographic. I feel less so about Oz the novel versus Oz the movie. There is much more detail to the novel, and there were parts that were cut out, but not to the detriment of the story.

Oh, I find the logistical changes to be annoying and unnecessary, as a completist, but there’s still a story there. A good story. So, what if Glinda lives in the North, instead of the South. Is the shoe colour really that important to its power? There are other questions that arise such as where is the Queen of the Field Mice? Yes, there is a whole chapter about the field mice pulling a cart with a sleeping Cowardly Lion out of the Poppy Field. That’s the good part, but bad part includes the chopping off of a Wildcat’s head at the chapters beginning. That is probably why it didn’t make it to the movie. Or, how Dorothy and company must wear the green glasses so they are not blinded by the brightness of the Emerald City. I wonder why some things were left out (I am sure the Wildcat losing its head is an obvious choice for the cutting room floor as to why it was not put into the movie).

The Muppet’s Wizard of Oz in fact used some of the original details, having Glinda reside in the South, wearing a more staple witch outfit (as the book explains), and having the munchkins wear blue (because it's the colour of Munchkin Land. I do recommend watching it. It’s an interesting and cute adaptation.

How do I rate this, well, the movie will probably always get an 8 out of 10 in my eyes. My reasoning is simple, as good as the story is ultimately is in visual form, I cannot get past the changes made to the ending, or Glinda's re-location. I could probably forgive their moving Glinda's location or the change in shoe colour, but I it doesn't feel right. When they were small enough changes that changing them wouldn't hurt keeping them in as is. Judy Garland was a fabulous Dorothy and I absolutely love the farmhand trio, their singing, dancing, and acting skills truly made the movie a classic. The songs still hold up after all this time, and even after stage crewing the stage production back in 2007 (with the raising and the lowering of the damned bubble and countless set pieces), I still love Glinda and the Bubble. Awesome means of travel!

As for the novel, it might not be Shakespeare, but there is something truly endearing in Baum’s writing. Simple and effective. Not grand, or eloquent, but to the point. I like that in a writer. Flowery language is great, but not if you lose something in the telling. I story has to make sense, to flow. Baum succeeds in every way imaginable. And for someone who was a born dreamer, writer, actor, Oz couldn’t have happened to a better person.

For a book first printed in 1900, I think it has stood the test of time, one of the few books that has and continues to be a classic. For a man who started with a pressing print and his own newspaper as a child, to becoming a traveling salesman, store owner, then a writer and actor; Baum certain made his mark on the world.

Further reading on Baum: "The Real Wizard of Oz: the Life and Times of L. Frank Baum" by Rebecca Loncraine.