What will you do with your life...?

On the drive to Darien Lake yesterday-on a much needed day off-I had some random thoughts running through my head. It's kinda of like highway hypnosis, but you are still aware of the road. I was thinking about my life and where I came from, who I am now and where I am going. It's a lot to think about, but when you are driving for a long distance it's easier to focus your mind on other things (yet still seeing the road).

I came up with a few realizations.I don't know how this happened, but suddenly I was like HEY, do you realize?.....and Hoo Boy! Did I realize! The first and the biggest realization was I have only just begun to live. When I started doing theatre (in the smallest sense of the word) with the Market Street Irregulars in 2006, I started to become the Cindy that you know now (if you actually know me). You see, while on the drive I was thinking about the different times in my life: Childhood, High School, College, Post-College/Car Accident, Dallas, Post-Dallas, Theatre Life. The time that I really focused on were the Post-College/Car Accident, Dallas, and Post-Dallas.

After I graduated in 2001, I moved to Corning, NY, after a quick trip to see my parents I ended up in a the hospital for a week and spent 3 month of recovery time following my car accident on Interstate-86, just outside Falconer, NY. I had fractured my ankle in 2 places and cracked/fractured the tail of one of my vertebrae. The irony here was I had just had  physical and a gotten a clean bill of health from the doctor. The me from college was a naive, not super world savvy, but ready and itching to leaving her small home town for something bigger. I was headed to Corning, NY, 3 hours away from the hometown I grew up in, Fredonia. I was ready to live and grow up. After the accident, I spent 3 months recuperating. Those 3 months were pretty horrible. I couldn't go anyway and I felt very alone, after all I had just moved to Corning to be with David my then boyfriend. I had very few friends, those I had were mostly through David and no social life. After college, this was really rough on my mental state. I feel that late May 2001 (after graduation) to April 2002 was my lost weekend, something akin to a dream or being encased in a cocoon.

When I moved to Dallas the playing field changed, and thus I changed. No longer was a shy and quiet. I had to work and work hard. I did. I proved that I could sustain myself for 2 1/2 years, but I was not really happy (didn't realize it at the time though). I thought I had it all. I did not! It was no mistake to move. It was a life lesson, that came with many a price, but I now would not change those lessons. After thinking about it yesterday I realized that while in Dallas, I lived without purpose, almost self-serving. My best friend in Dallas Joey, he said is best about Dallas-a city of mostly transplants from other areas-that Dallas has it's own lifestyle and attitude, dubbed "Dalitude" (by who, not sure). It's a selfish, pompous way of seeing the world. I wish I could say that I was stronger, to resist tit, but no, in some ways I fell to the mercy of the Dalitude. My time is Dallas was brief, but I doubt I left any mark on that city. I barely wrote and aside from my job as a Barista at Crossroads Market (it does not exist anymore) I did very little with my life. Not quite a lost weekend per se, but more like I was back in college and not taking life seriously. 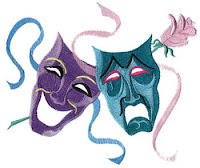 Upon my arrival back in Corning, I had to get a life, get a job. From October 2004 until June 2006 I was temping and eking out a mere living. We lived with David 's parents until Spring of 2005 when we found an apartment and started to be adults again. The jobs I worked at that time were lousy and I was miserable for many of the same reasons that people are today: shitty pay, terrible hours, horrible boss or co-workers. It wasn't like I wasn't trying, but I guess I didn't know what I wanted to do with my life, so a seetled. I worked as a receptionist at a Vet Clinic, a Cashier at a Grocery Store, a Lab Tech in a Factory, and finally landed a temporary Admin Clerk position at Schweizer Aircraft in June 2006 that turned into a permanent position. I lasted there until August of 2011 when I was laid off. Also, during that time David had started doing theatre again with ELT (Elmire Little Theatre) and met some people in a little organization called MSI (Market Street Irregulars) who did Dinner Theatre on Market Street at the restaurant on Market Street: Sorge's and Fat Cats. It was with them that I auditioned for my first ever show, at David's urging. He had already worked with them on "The Last Dance of Dr. Disco". "Audition for Murder" was my first show, I had three lines as the Stage Manager (the beginning of it all...).

This, I feel was the beginning of the REAL me. See, I think at that time I needed something and I think  told myself to get out, find friends, and make a life in Corning. I wasn't going anywhere. Corning was my home now. I couldn't just stay in a cocoon, like I did the last time I lived in here, nor could I run around without a care in the world as I did in Dallas. I had to earn my wings. Although the realization of what I wanted to do with my life had yet to surface. Almost like a butterfly coming out of a cocoon. 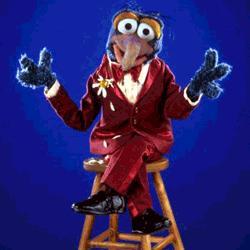 They say that to succeed at something/anything you must put in 10,000 hours to reaped any success. Now on the week of my birth (this Friday I turn 34), I have only just started clocking hours for my new plan, to be a writer. I have made a few accomplishments so far, but I still have a LONG ways to go. I am not giving up hope though. I have some great friends from High School, College, Dallas, and long distance friends that  have helped to give me support on this trek. My local friends has been wonderful, mostly theatre nerds, Whovians, and book worms. They are the best kind! But also the long distance friends are just as important, those are some of my strongest supporters as well.  I also have an awesome Mentor that reminds me that it is totally worth it to go for it. I may have only started living in 2006, but in that time much has happened and  surprised me and continuous to surprise me. "This looks familiar, vaguely familiar... There's not a word yet for old friends who've just met. Part heaven, part space, or have I found my place? You can just visit, but I plan to stay."  I do plan to stay and now I have purpose.

I am still clocking hours for my writing. Everyday I try to write something, anything. It might not always happen, but I keep at it. Sometimes I surprise myself with what I write. Other times, it's crap, but as least I wrote something. Right?