I had a few ideas for things I wanted to write about this week, but couldn't really settle on enough to make a blog worth while. It is almost like over the last 2 weeks I got some great snippets of neat nostalgia and inspiring things, but not enough for a full blog, or so I thought.

I am sitting here in my study, listening to "Welcome to the Neighborhood" by Meatloaf, second time through actually, drinking coffee I starting thinking. Why not just blog about the last 2 weeks. There is a lot of stuff that can be connected and sometimes it's nice to see what I've been up to. Today is my low key lazy day, filled with running some choreography for the parts I am in "Best in Little Whorehouse in Texas", drinking coffee and catching up on life. It rather a quiet day, but the perfect day for reflection and chore doing. But, that's not relaxing, is it? For me, doing laundry and putting the dishes away is completely relaxing. And since my dryer still hasn't been replaced, it's line drying for me, but today is breezy and partly sunny. So, while the clothes are 'drying' in coffee and dancing for me, followed by Meatloaf. ~SIGH~ 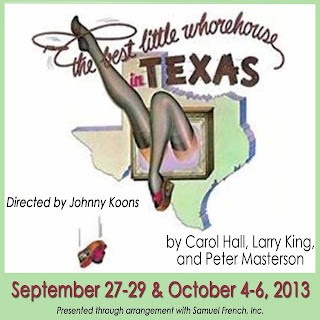 What have I been up  to lately? Well, first of all, you all should know by now that (from the above paragraph) I am currently rehearsing for a production of "Best Little Whorehouse". It is definitely in my top 10 of musicals (see previous post about musicals). I am in the chorus with a slew of other talented folks and some freaking talented leads too. Often the choral parts are more demanding, having to learn more songs and dance steps than the lead (although not always). Today's work includes "Texas Has a Whorehouse In It" and "24 Hours". I haven't dance and sang together this heavy since the Lake Country Player's production of "Beauty and the Beast" in 2006. 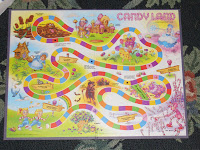 This weekend was my 34th birthday weekend. I am not ashamed of my age, I prefer to live and NOT be worried about a number. My birthday was August 2nd, a Friday. I got to sleep in and in the afternoon visit some of my favourite people, the Love's (Ryan, Sara, Wendy, and newborn Daphne), where I got a birthday cake, a balloon, and sung to by some of my best theatre friends. I even placed Candyland with Wendy Love, Sara's adorable 3 year old daughter. The game board has changed quite a bit from the 80's, there a few characters added and a couple have been removed, while others have been re-tooled. I guess my nostalgia really kicked in when I saw the Queen Frostine is now Princess Frostine and looks more like a tweaked up version of a Bratz doll/Disney Princess. Also, there no Plumby, Grandma Nutt or Mr. Mint, having been replaced by the likes of Grandma Gooey, Duke of Swirl, and the Gingerbread Kids. I guess it's a sign of the times, but wow! It was still fun to play, and I never thought I would be playing Candyland on my birthday. 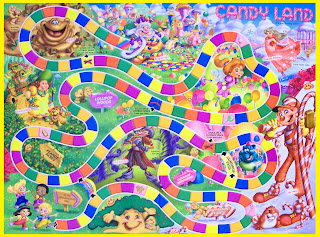 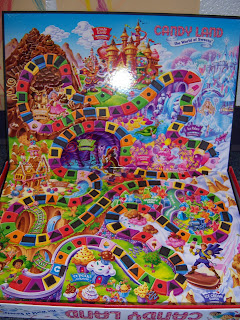 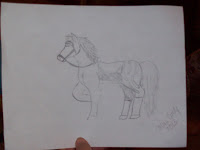 I also drew a picture of Maximus (from Tangled and Wendy's FAVOURITE movie) in Banana Pants. I am working on a full colourized version for all to see (I've included the pencil sketch here).


Yesterday my friends Amy (from college) and Richard came down from Rochester to play Putt Putt, ride the Dragon Boats and the Carousel at Eldridge Park in Elmira, NY. It felt great to be a kid again. After being an adult for far too long, it's nice to revert back to childhood, the good parts at least, and play skeet ball, pinball, ride the Carousel (picking your favourite animal to ride is a tough choice), and laughing. This is the second such day of youthful shenanigans I have had with DAScottJr; last weekend it was Darien Lake. Where we rode the Viper, Sleighride, and Grizzly Run to name a few. It was only the fourth time going to Darien Lake in my life and the first since Six Flags left...eh, oh well, it still look basically the same since the last time I had been there. There were new rides and what not, like the wilderness area with the GIANT wooden rocking chair and the Motor-Coaster (that was a fun ride), but I still knew where most of the rides were located, like the Predator, the Carousel, Grizzly Run, and the Pirate Ship. It was a blast! 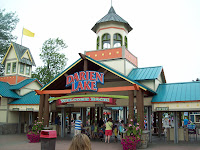 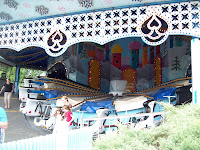 Some shots from Darien Lake. 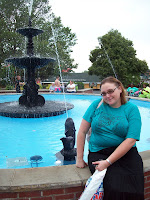 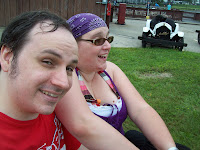 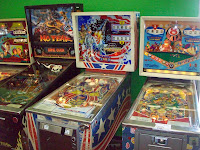 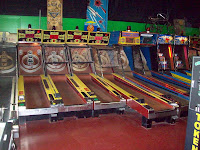 Some shots of our day at Eldridge Park. 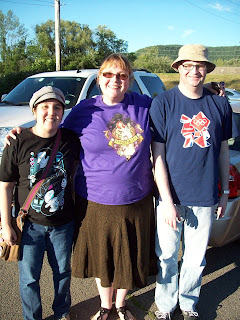 And today, the 12th Doctor is revealed! Oh, the excitement!


It's been a fantastic weekend! Not read to go back to work, but lots of exciting stuff coming up. The summer is going by really fast, but I guess I am not surprised, it seems to happen every year.It was the best birthday ever! Thank you!!!