I have had a long week and it's only going to get longer. I am in hell week (AKA tech week) for the Lake Country Players, Junior Production of Tom Sawyer. the long rehearsal and large set pieces (I <3 you Andy!!!) on a gymno-theatre (part gym, part auditorium). There is no A/C in this space, but it's an acoustically sound space. I do theatre for the pure fun, even when I have to sweat my balls off!

Not the image you wanted to hear, right? Well, it was Ball Sack hot backstage, without the gym lights on, but I had my crew: Krissy, Merv, Ash, Megan, Chuck, and Moo. Quite the collection of names right? Well, they work well and they got my back. Anywho, I will probably write more about Tom Sawyer in the few hours free I have this week...

When I dive into something, it's usually head first and all others are pushed to the back. I hate to ignore my other hobbies, but I always come back to them. Something that doesn't always get pushed aside is my love of words. Often when I am stressed, frustrated, or just plain confuzzled I turn to words. The very essence of words are calming, as words in song lyrics, or words in a books will relax me, sometime to the point of putting me to sleep, but they are blissfully polite and wonderfully serene. 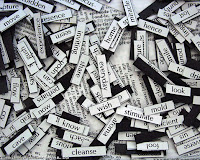 Sometimes I just like writing my favourite words on a piece of paper. Only times I find ways to include them in a poem , or piece of fiction. There are some words that I always come back to. These are the words that are somehow a part of me: quixotic, sanguine, factitious, azure, periwinkle, vermillion, Draconian, equine, supine, cacophony, resonance, acquiescence, Aquila are just some. I bet you are wondering what some of his mean. Why, yes, I would love to explain these words (borrowed the definitions from dictionary.com, by the way). 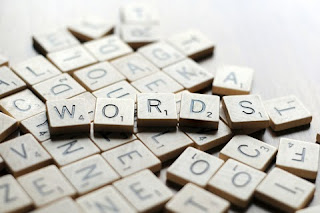 Favourite use? Well, probably when I wrote a poem in high school that used the phrase, 'Quixotic Tendencies'. I love the imagery of Don Quixote and the oft perception of his overzealous chivalry. Chivalry might be dead, but Don Quixote won't let it dissipate in the mist. I feel that quixotic could also be a noun in the right circumstance.

1. a brilliant scarlet red.
2. a bright-red, water-insoluble pigment consisting of mercuric sulfide, once obtained from cinnabar, now usually produced by the reaction of mercury and sulfur.

3. of the color vermilion.


4. to color with or as if with vermilion. verb (used with object)


Origin:
1250–1300; Middle English vermilioun, vermillon  < Anglo-French, Old French verm ( e ) illon,  equivalent to vermeil vermeil + -on  noun suffix
If I were to choose a type of red to call me own, it would have to be vermillion. I see vermillion in the colour of Phoenix feather, in a fire, or a sunset. It's a poetic word, because when you want to say red, but don;t feel that red would do it justice, then go with vermillion.
1. the state or quality of being resonant.
2. the prolongation of sound by reflection; reverberation.
Resonance has a number of definitions, but I will stick to the main two. It's a fun word to say. I like the second definition. I imagine the plucking of a string and the vibrations of the sounds that comes afterwards, like a guitar, maybe a bass string, or even a harp string. It's is contract to Cacophony. They are like twins, two side of the same coin.
1. harsh discordance of sound; dissonance: a cacophony of hoots, cackles, and wails.
2. a discordant and meaningless mixture of sounds: the cacophony produced by city traffic at midday.
3. Music. frequent use of discords of a harshness and relationship difficult to understand.
Origin:
1650–60;  < Neo-Latin cacophonia  < Greek kakophōnía.  See caco-, -phony
Now maybe I can use a few words for you tonight...
The resonance of the quixotic tendencies flows from the radiant sunset in rays of vermilion and I feel less alone on this night, warmed by the trailing fingers of my solar lover.
I am really tired, so maybe it's a tad silly, or really poetic. I hope you enjoyed my word play. I may revisit this theme in the future. So, tell me what are your favourite words and why?