Lots of writing this weekend! 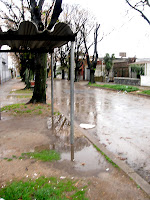 I am spending the day at home.

Well, first off, it's rainy and cold!

And second, I have been super busy with rehearsal's for Best Little Whorehouse in Elmira. Go check it out if you are local! But, also, this weekend in the Keuka Lake Players "24 Hour Theatre". Where in the course of 24 hours, 5 shows are written, directed, and performed! Sounds amazing, right? You bet it is! And for the writer in me, I am all a-go to write one of these scripts. Having penned three 1 acts in to last couple of years, which is a pleasure to have done. It is giving me the chance to stretch my creative muscles. Last year (September 2012) was the first year I wrote a play and got to see it performed, twice actually. Once at 24 Hour Theatre, then the second at a 1 act festival for Mother's Day weekend (2013). Talk about the most AMAZINGLY AWESOME feeling EVER!!!!

Since then, I have penned two other (1 newly written a few weeks ago) 1 acts and working on a third as I type this. KLP has put on this '24 Hour Theatre' for three years now. Last year, I included my own 24 Hour Theatre with the Lake Country Players, with a delightful degree of success (I am planning next years already). So, now that world knows about this extremely fun and low cost fundraiser, the word is spreading.

So, this year I am staying home from work to write my 1 act, because I have an IMPORTANT dance rehearsal tonight and my gracious and sexy friend Sara, who is coordinating this event is letting me early. YAY! I am also directing one of the shows, not my own, thankfully!

The scripts need to be written and emailed to Sara by 4 am tomorrow morning (the other writers start at 6:00 tonight). While tomorrow morning dawns, the directors meet at 7:00 to get their scripts and prepare for the actors arrival at 8:00. Then it's rehearse, rehearse, REHEARSE until 5:45 when the show starts. 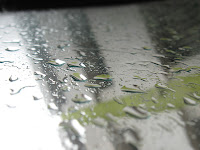 I am a bit nervous this year, partly because I am doing things out of order this year; and also I am trying to write more of a light comedy, instead of just drama, or suspense, as I have in the past. But what comes out, will be: Que Sera Sera. In about 2 hours I got a 7 page script, but I am not completely satisfied until I can read it again, find the mistakes, and weak points (without anyone's help), and refresh and revise it. I am also writing Toasted Cheese's Mini-NaNo's contest this month. A 5,000 words challenge gearing up for NaNoWriMo in November. I have to write at least 167 words a day until I hit 5,000 words or finish the story (but it has to be at least 5,000 words). Plus, I am revising a 1 act I wrote at my friend Amelia's 62 Hours of Art fest back in August.

All this and rehearsals for Whorehouse! No rest for the wicked!

I should go and review the script. Later internet! Leave me a Comment or some Love below:
Posted by Here, There be a Writer at 12:40 PM