When I signed up to be the director for Charlotte's Web, I knew nothing of what a director was. I knew what a director does within a producer and over the years I became more aware of the detailed pieces that make up an stage manager, assistant director, and director, but I was really unprepared for the reality of being a director.

You see, as a director you are a Time Lord, you know everything that goes on and are in charge of A LOT of things, but unlike a Time Lord, directors have production teams to help them manage the multitude of tasks that make up a show. Other has said that directors are like mother birthing a baby into the world. Your show grows and shapes with you and when it comes to Tech Week, you birth the babe to an awaiting audience that is ready to laugh, cry, and sing along with you.

This is the truth I have left my experience with Charlotte with. I help to conceive and birth an amazing show into the world. As I grew so did my actors and crew, they became better, they made the show truly what it became after my part was over. I never realize how personal a director is with their show. The subsequent crash post-show was pretty intense.  I had to let go of my baby (kind of like a parent letting their children go onto college), or in Whovian terms, I had to regenerate, or leave my Rose in an alternate universe, or let the Ponds go to another time. I know SPOILERS! Sorry!!

I feel like I was both a mother to Charlotte Web and a Time Lord. I put forth my everything into what I am doing, and afterward I swore off directing for a while (even theatre, although that didn't last). I the all know Time Lord of Charlotte and Web Mama! I was a life changing experience, and I loved it! It helped having an AWESOME cast that took chances and dared to put themselves out there. I will direct again, but in the mean time I have really started writing again. I even tried writing a play back in September of 2012. What an enlightening experience. It is now the new mothering experience! 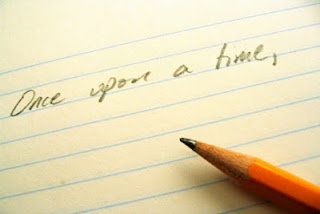 I wrote a play about a girl and her aunt who have to learn about each other after a long estrangement, part autobiographical and part understanding. I had 2 of the best actors to write for for that 24 Hour Theatre (for Keuka Lake Players), thus "The Time was Right" was born and performed in 24 hours. I was up until almost 4am writing, but it was worth it. Clara and Becka did an amazing job, and I found how much I loved writing something that people were going to enjoy. I became determined!

Now it's March 2013 and there's a scriptwriting contest going on while I am running a 24 Hour Theatre event in Montour Falls for the Lake Country Players. I was determined to write a new show for this contest. The night of LCP's 24 Hour Theatre I started an unnamed script. By the end of the weekend I had "Out for a Walk", and with that I entered "Out for Walk" and "The Time was Right" into the scriptwriting contest. I had to wait a week of so for the results....oh the agony! The theatre Mom in me was going crazy, then at the KLP Annual Dinner, I was awarded with the privilege of having both show chosen for a Spaghetti Dinner 1 Act fundraiser for Mother's Day weekend.

There were auditions and rehearsal for a month to prepare, but nothing could prepare me for the enjoyment and amazement at seeing my work being performed for a live audience, and HAVING THEM ENJOY THE SHOW TOO!!

As with theatre, in 2006 when I auditioned for me first show, I was bitten with the bug, the writing bug. I have been doing theatre since 2006, about 7 years. I've had many onstage and backstage triumphs. Now is the time to enjoy my writing endevours. This blog was the first of many challenge I have put to myself in order to get my writing out there. I have been an avid poet since high school, although I started writing in 8th grade. I can add play write to my resume. I also am working on a full play that I wrote for the now defunct Screnzy project through NaNoWriMo (National Novel Writing Month) and a complete novel written in 2011 for NaNoWriMo, and a few short stories. I have a number of ideas and finally the drive to see them through.

I am a proud Theatre Mama, of both Theatre kids and my own works! It's a great feeling. i can only move forward. If I don't write then I cannot improve. A Writer has to write, so I must write. Life is truly AWESOME!


“Purpose is the reason;
Will is the means;
and Will guided by
Purpose leads to Aréte:
the fulfillment of one’s
potential for
excellence.”