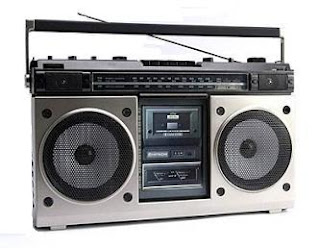 So, because I listen to the radio at work, I tend to hear songs on repeat, ad naseum. Good news is that I listen to a classic oldies station, so I hear a number of songs that I enjoy, such as The Beatles, Elton John, Billy Joel. On the flip side I hear music for up to eight hours a day from the same station. This repetition gets annoying after a while; this weeks blog is about songs that you would rather have a lobotomy than hear them for the umpteenth time. I am using COOL96, 96.1 out of Waverly/Elmira. I must point out that I enjoy the station as a whole and just felt compelled to make a Top 5 list of REALLY ANNOYING SONGS ON THE RADIO blog. I am pretty sure this list would go for any classic/oldies station in any part of the country. I would love to hear what other songs are really over played, on classic/oldies station, but not excluding input from contemporary stations either.Please leave a comment below with what you would add.

After read the back story, I feel bad including this song on the list now. But, I hear it almost daily, that is the real reason why I have included. I am an avid Elton fan. The reason I included it was simply because I do hear it so often. Too much of anything and it’s becomes annoying/irritating and I start to like it. This is the reason why “Some Saved…” made the list. I respect Elton and Bernie, after all they became quite the songwriting/musician duo of EVERYTHING. Okay, that might be saying a lot, but when you look at the music, those two have a great chemistry. I do like sad songs by Elton, but “Someone Saved…” doesn’t make the big list. I will say list, to sing about something so personal is the biggest risk, but also can be some of the biggest healing that can happen to a person. Personally, not a bad song, Elton’s voice is always a pleasure to hear, but on daily repeat it loses something.

There are a billion and one songs that use the term “Everlasting Love” in the title or in the song’s body. This version has to be the MOST annoying ever! The sugary lyrics, the brassy brass, it really gets under my skin. I grew up listening to much of the catalogue of the 50’s and 60’s and this song I would regulate to the back of the record bin. It a standard theme of the era, but that means it blends in with most of the other music in that year. The funny thing is that “Everlasting Love” was recorded by 2 other artists prior to Mr. Carlton recording it in the early 70’s. Robert Knight’s version peaked on Billboard’s charts at #13 in 1967; #40 in 1968 and#19 in 1974 in the UK. Then Love Affair recorded it and reached #1 on the UK singles chart in 1968. Carl Carlton recorded the most successful version of this song where it reached #6 in 1974 on Billboard’s charts. There numerous other version recordings of this song including the 1981 Rex Smith/Rachel Sweet version, 1987 Sandra version (German born singer), and Gloria Estefan in 1994. Oh Gloria, WHY?!?! There are about 43 other versions by artist from around the world since the sixties that have recorded this song. If you are curious Wikipedia has a nice list and I bet you can find all of them on youtube, spotify, itunes, or amazon, etc. It’s certainly a prolific song, or at least an everlasting song. Ha! See what I did there…. :-) Note: This song is not Howard Jones “Everlasting Love” Which is probably just as cheesy, but I feel has a better feel to the sentiment, even if it uses the mega synth-tastic of the 1980’s. The video is totally worth watching. Still after listening to all version, none of them can make me like the song, it is just not a good song.

Number 3 Barry White “My First, My Last, My Everything “

Okay, not a Barry White fan at all. Sorry! Just putting it out there! I would rather not listen to him speak singing/shrieking his lyrics. This song covers both those style. It comes off and sloppy. You either sing, or talk, but don’t try to do both. I usually grit my teeth when this comes on.

So, whiny song about wanting to get married, even before Katy Perry hit the scene, we have the 5th Dimension song about one of the whiniest ladies out there. The song was written and recorded by Laura Nyro in 1966. While not the huge hit-the 5th Dimension made it the chart topper-some claim that it’s the superior version. I am not familiar with Nyro’s work, her version hit #103 on Billboard’s “Pop Singles ‘Bubbling Under’ charts segment” for a number of weeks. It many ways her version is less annoying and vocal wise she has some great chops. Unfortunately, what gets played is the version with over the top, Marilyn McCoo singing. I am not fond of the subject matter, but Laura Nyro can at least pull it off with her simple vocals. I still find any version rather bothersome with the lead singer pining for their boyfriend to propose to them. It’s just not stellar lyrics, people, I’m sorry. I just can’t like the song.

This song doesn’t general appear on the station I listen to, but I have grown to HATE, to LOATHE ENTIRELY “Higher Love” wherever I hear it. The 1980’s were known for their overuse of synth. This doesn’t help when you have an over the top love song added to it. I looked up the lyrics and was surprised to note that Mr. Winwood doesn’t enunciate very well. What I took from the song prior, has taken a nosedive into the realm of the silly with the ACTUAL lyrics: A yearning, and it's real to me/There must be someone who's feeling for me..” or “I could light the night up with my soul on fire/I could make the sun shine from pure desire/Let me feel that love come over me/Let me feel how strong it could be...” Just plain terrible lyrics…

I have heard enough crap time to listen to something that doesn’t make my ears bleed. Maybe I should just hook my mp3 player to my radio J That might solve my problem. Anytime you listen to the radio, yo0u will get overlapping and repetition. ~SIGH~ Oh, well…hope you enjoy my random rant this week. It was kind of fun to dig into the archive and discover other artists, even if I will never respect Gloria Estefan again.