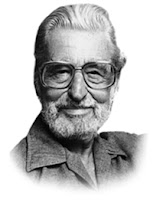 Today is Dr. Seuss birthday (3/2)! Even though he passed back in 1991, her is just as popular today,  probably more so. I grew up reading his books whether from my own collection or what the Barker Library had. I loved the characters and places that Theodore Geisel  created, so to pay him a bit of tribute, I present my top 5 Dr.Seuss books.

It's kind of hard to narrow down the choices to 5, after all, I think many of us grew up on the likes "The Cat in the Hat", "Green Eggs and Ham", or "Horton Hears a Who!". I am not sure if this is an easy list to make. I am choosing my favourite picks (which included some of the lesser known books), so, maybe some of you would be less familiar with the selections I chose. Give them a look see if you are inclined to. I know I would be.

There have been a few movie made recently about some of Seuss's stories that are featured more in the mainstream, and while those stories are awesome in their own write, now is not the time. I do have a nice little collection of Dr. Seuss books from my childhood. These are the ones that I have read repeatedly, along with those that were at my local library, (Darwin R. Barker Library in Fredonia). Also, I need to point out that I have seen most, if not all of the TV specials and all of the major motion pictures, some of which are very good and others not so good. That is neither here nor there, in a box or with a fox (perhaps a future blog?). This list is from the books I read as a child, with one exception (which I will explain later).

What a silly load of nonsense! But, seriously, I know I wished I could eat green eggs and ham, especially with a Fox in a Box (not Megan Fox folks). I don't try to read anything into this, much as people have done of late. It is pure nonsense, plain and simple. The rhyme and the rhythm are the best part of the book. It's all just a good time, with a bit of a lesson tacked on. Nothing is wrong with trying to get your kids to eat their veggies with a bit of storytelling. Years later the band Moxy Fruvous wrote a song that goes with the story of Green Eggs and Ham. I think it only makes the story that much more AWESOME!

A story about a moose that let's other animals live on his antlers because they need a place to live. He might be kind, or maybe a sap, but Thidwick always helps his friends. While the moral consequence of the story could be that you shouldn't let your friend's use you, the ending speaks for itself. I won't ruin the surprise, but I ask that if you are curious go check it out. No spoilers this time! It's a cute story. This is one of many books that I would borrow repeated from the library.

A tale of the search for the  greatest scrambled egg dish! Take a look at a neat video telling of this story: Scrambled Eggs Super!

Number #2: On Beyond Zebra!

On Beyond Zebra is a looks at the alphabet after it ends with Z for Zebra! This book is even more nonsense than Green Eggs and Ham, but the allure of it was really the fabulous creatures that Dr. Seuss came up with for each of the new letters. 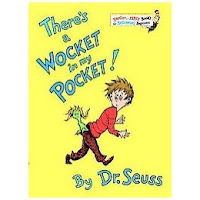 Number #1: There's a Wocket in My Pocket!

Now, this one I definitely read  a lot. I had my own copy, and when I would read this story I would often imagine or create scenarios about the different creatures that lived in this kid's house.  MY favourite page was always the creatures that lived in the kid's cellar. If there were those kinds of things in my cellar; I would be okay with that. See, it's like a party down there! I even labeled which creature was which, at least in my own head.


And the honourable mentions: Fox in Socks, Oh, The Places You'll Go!, and Oh, the Thinks you can Think.

I got the Oh, the Places You'll Go! as a graduation present from a former tutor. In many ways Dr. Seuss was a great lifter of spirits and a personal pep squad cheering you on. And, "A Little Nonsense now and then is relished by the wisest men!" ~ Gene Wilder as Willy Wonka. I think that sums up  Dr. Seuss a little nonsense and a lot of imagination. Hope you enjoyed my list. Happy Birthday Dr. Seuss, wherever you are!!
Posted by Here, There be a Writer at 11:26 AM