Movie Review: Inside Out

I have to say it,Pixar has yet to disappoint!

I just finally got around to seeing Inside Out (borrowed from a friend), and oh man, what a ride!! What a ride!!!! 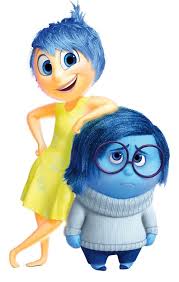 So without spoiling it for you (as little spoilers as possible. You have been warned though), Dear Readers. I will say this about Inside Out, it is a new story built out of what we already know something about our emotions. Never has it been so clear about what we ourselves have experienced in our own heads. I think we maybe never considered life on the inside of the cranium.

Okay, so here's what I think. Inside Out is fantastic story. I think Pixar picked a different kind of story to tell and it worked. I was a little hesitant at the beginning. There were a few times early on that I was wondering where it was going. And then-BLAM-I was hit with feel and a realism that I could understand. I was already pretty familiar with how the brain generally worked,but now there context, like when Sadness is too sad to move. I know who suffer with various depression and anxiety issues. This is a real this. Heck, I even experience it sometimes, especially lately.

There is enough that kids will be entertained, and more than enough for adults and teens to chew on.

There is a dedication to detail that Inside Out presents; in a way I think it makes us aware of how our brains works, considers how depression and anxiety works, and allows us to learn to accept all of emotions. You see emotions are just as complicated as people are it seems. You have to be able to see that feeling Joy can and often contains Sadness. That maybe Fear, Anger, and Disgust are just as important (they cannot drive the body solely. It is a team effort).

My favourite parts include, but are not limited to the following, Sadness drive Riley, Fear on Dream detail, and the emotions featured during the credits. 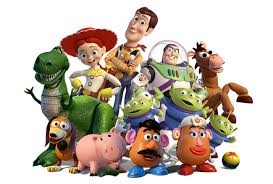 Pixar has put a lot into their movies over the years. I feel that even though it is CGI, the worlds they create are just as real as the real world. That is how good Pixar makes their little microcosms. Riley is a microcosm in the middle of her macrocosm. There is such attention to detail within, especially when you are creating the parts of the brain in HQ, long term memory, imagination land, the train of thought, and so forth.

When I look at it I see a touching and true look at how our emotions makes us into the people we are. The story is really strong. The characters are believable. And I didn't feel like I was waiting for the movie to end.  I recommend everyone check out Inside Out out.

So, Dear Readers, have you watched Inside Out? What are your opinions of it? Likes? Dislikes? Also, what is your favourite Pixar movie(s)?

I love the Toy Story trilogy and Up, but I am also a little partial to The Good Dinosaur now. 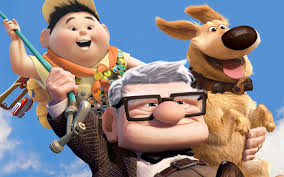 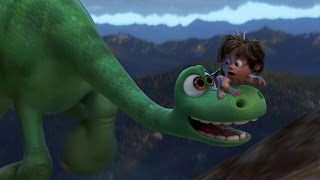