I think it is time to discuss David Bowie.

Let me point out two things. First,the effin' Goblin King!!! Yeah, my 10 year old self was not sure what to make of it, but I knew I liked it. I liked it A LOT!!!

And those eyes!!! Yeah, I never realized he had two different colours. What always struck me was the intensity of those eyes.So yeah, stare into those for a minute... 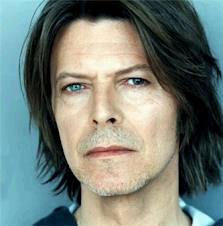 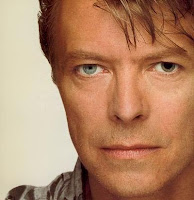 I awoke that morning to the news via my Facebook feed, which as you know is not the most reliable, but there was so much of it. Seriously he JUST released an album how could he have died? Truthfull,y I hadn't listened to much of his newer stuff, I had The Next Day album and had listened to it a few times. but I didn't really know the newer material. I felt like a horrible Bowie fan.

But then I pulled out my greatest hits album, the Labyrinth soundtrack, and the Hours... album (big when I was in college). I started to listen to him sing, I mean really listen. I also had in my collection Heathen and Reality, and I went out to buy Blackstar that very day. Oddly enough Best Buy did not have Blackstar, but the Target did. That was a rant in and of itself. I began listening to the new album and reclaiming the new Bowie material as my own and loving his older material. Pretty much any where I went that first day i was listening to Bowie.

It made me realize that Bowie was a unique artist and a deep soul. There were lyrics that I found captivating that I missed out the first time I listened to his music. I am still discovering new things within the music, This has given me a  greater respect for his music, even if I don't always get it (because sometimes I don't). Its like poetry, not everyone will understand poetry or get it, but somewhere in the middle I found an understand of Bowie and his lyrics. Deep and meaningful, and usually when you aren't paying attention it will hit you. Bowie 's lyrics are very much poetry, and as a poet I can appreciate the cadence he creates within his songs and the worlds he builds.

I want to share the songs of Bowie that have left their marks on me. I don't doubt that the more I listen to Blackstar, The Next Day, Reality, and Heathen, the more I will find the poetry, the magic, the truths within the truths Bowie has written.

Now I ranked them, yes some of you might take umbrage to where I put some of the songs or have not included others. These are the songs that I have listened to repeatedly or mean something to me. I have a great respect for all of Bowie's music and his rather extensive career. Please leave me a comment with your favourite Bowie tracks and why they are important to you, Dear Readers.I love to hear from you.

First it is time for the Honourable Mentions. The songs that didn't make the list. I bought the Hours... album while in college and I remember by fascinated by the new Bowie. I kind if ate up this album. It felt like an ethereal album, like something out of a dream. So, I chose If I'm Dreaming of My Life from this album and The Stars are Out Tonight from The Next Day, which was the first track I heard and the first single. these two are songs that when I first heard them I knew they were Bowie songs.

10. Valentine's Day. There is something haunting about Bowie's voice and this track kind of hits me in the cockles. I love it. Not really sure why, I just love it.

9. Space Oddity. An obvious choice here and another example of Bowie's voice sounding dream-like, ethereal. I think that was why he resonating as alien or angel. He was definitely other-worldly.

8. Rebel Rebel. Just a good song. Something with a nice beat.

7. Thursday's Child. Definitely the first song I heard when Bowie returned. I always love this song, even though is was kind of sad. I was born a Thursday's child myself and I think I understood the point of it.

5. I'm Afraid of Americans. I knew of this song, but it wasn't until I heard it at a club that I realized that it was a fabulous song for dancing to. Still is a favourite.

4. Underground.  I am a Labyrinth girl. The Goblin King was my first crush. I would always belt this song while watching the movie.

3. Lazarus. I have only heard it a few times, but it is my current favourite from Blackstar. There is a lot of truth to this song. My heart aches, but I see where he was coming from. Very beautiful!!

1. As the World Falls Down. was there ever a doubt. I loved this scene. Love Bowie's voice. Something just made me feel good about the song. That and David had made a literal version of the song, Watch it here.