It had been three or four years ago when we first met, in a dance class of all places. I wasn’t the dancer type; I just wanted a fun elective to take. The class was folk dancing and most of the class was girls who were majoring in dance or theatre, there were some were guys needing an elective to graduate, and a few random people, like me, who wanted to learn to dance. I met Callie on the first day of class, but didn’t talk until three weeks later. We had learned several group dances and were moving onto partnered dances. I was still quite shy, so the teacher paired the people without partners. Thus we were paired together for the Polka.

Callie often wore billowy skirts and dresses. The kind that plume out when you twirl around. This she did often, and especially during class. I just wore shorts and a tee shirt and usually felt clunky next to her. The teacher Ms. Grestanoski began the explanation of the dance. Trying to follow I soon began lost, Callie leaned over and whispered in my ear, “don’t worry. I already know this one. I help you.” She smiled and I felt more at ease, or maybe it was the warmth in the pit of my stomach that quelled the sudden butterflies. This was how my friendship with Callie began.

Fun Fact: I took a Folk Dance class in college and learn the Mayim Mayim dance and the Tarantella. The tarantella is a fast and footwork heavy dance (at least what I remember of learning it). Also, while I am polish, I do  not know how to polka.

It's been a good week so far. The evil day job is gearing up, making the days long. I am loathing the phone again, but that's normal. I am almost home in the evenings and getting stuff done. It hasn't been this productive in months. Well, productive in theatre, yes. Productivity in writing was at an all time low the last two months. I am so pleased that I did manage Blogging A to Z and NaPoWriMo, that kept me afloat. Now I am writing stories and poems and beginning to get back to where I was earlier in  the year.

The weather has broken. The rampant humidity has abated and we received a few days of rain, with today baring the skies with a bright blue and balmy temperatures. Nothing quite like other parts of the country and world though, such as India, California, and Texas. Glad to hear that the rains had ceased and the drying out has begun, as I know quite a number of folks in that state.

Today check-in is much more to mu liking. I have more to report and that makes me happy. So without further ado, the check-in! 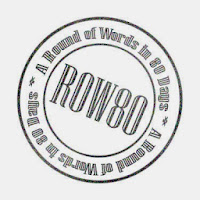 *Reading: finished Crispin: The Cross of Lead (Avi), which I think I mentioned for Sunday's (Monday) post. I began reading Murder in Three Acts (Agatha Christie), another Poirot mystery. I seem to be fond of the little Belgian detective. Also, I pulled out Wicked (Gregory McGuire). I think it's time to tackle that beast. I plan to also re-read The Golden Compass (Phillip Pullman) and write a review of the book versus movie, but that in the coming months.
*Writing: I wrote yesterday about 1877 words. I nice little piece of flash fiction. It's needs to be edited and revised. But I plan to post in on #writestuff's monthly challenge and maybe even submit it to a contest or two. Depends on how the editing process goes.
*Social Media: visited 4 blogs from Sunday's check-in. Going to visit at least 2 to 4 for today to get me caught up. Also, visited about three blogs over Monday and Tuesday. Getting back in the saddle!
*Housework: Dishes...DONE! Laundry....DONE! Lawn...DONE! Vacuuming...downstairs done!
*Submissions: submitted 2 poems to The Lincoln Underground. Alas, due to time constraints, graduating editors, and funding the summer issue is going to be the last issue (for now?). This journal was the one that while they rejected all of my work up to this point, they still give me constructive criticism and pushed me to keep submitting.

A Round of Words in 80 Days is the blog challenge that knows you have a life. Come and visit the Blog Hop here.

This weekend is hanging out with the Whovian peeps and either hanging at the Love Shack, or going to Eldridge Park with Sara's daughters to ride the carousel and the dragon boats (with the fellow Whovians in tow). What are you, Dear Readers, up to now that it is June?