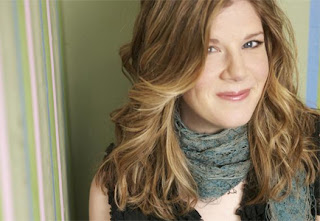 This week’s blog is a bit different. Today I will talk a bit about an artist that is not main stream, Dar Williams. Dar is far from a new artist, but I don’t think that many folks know about her body of work. This will not really be a spotlight blog. My spotlight’s are for those folks who are up are coming artists or budding entrepreneurs, the unsigned, the not quite on the map (yet) that I want to highlight and help them get exposure. Dar is a seasoned professional and has quite the fan base already. I just want to show her work off to others who may be interested in added to their collections. It’s more of a reflection a any of the musicians or writers (primarily) that I follow, to listen to, or read.

Dar Williams is a folk singer/songwriter from the Westchester County village of Mt. Kisco, NY. Some of her music was introduced by a friend in college who listened to a number of artists and bands that were just off the major musical radar. One the first tracks of hers that I heard was “The Christians and the Pagans” and the other one was “When I was a Boy.” At the time, about 1998, they were part of a mix tape given to me by the same friend. I listened to that tap a lot in and post college. It was a good tape! I didn’t take the extra time to search out more of Dar’s work and life moved on.

Time passed as it is prone to do, Time’s a busy Lady and there are things to be done and people to see. Sometimes later, 2002 or 2003 while looking through a used CD store in Dallas. At this time I had graduated from college in 2001 and I had moved south in the Spring of 2002. Anyway, I discovered the album “The Honesty Room” in that used CD store. I should note that “The Beauty of the Rain” was due out or had just been released in 2003. So, in the span of 2 ½ years I had acquired 3 albums and a sampler disc (I didn’t pick up the Beauty of the Rain album right away). These were: 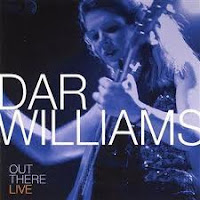 After returning to New York State in October of 2004, I began collecting more of Dar’s music. I call it a return to the innocence (Enigma is for another time). In many ways I wanted to return to the college days when I had much less to worry about. Dar and her music seemed to bring into wanderlust of all thing college. During the years of late 2004 through June of 2006 were a rough time for me. Returning to NY and finding a job was rough and mentally I needed something to help that feeling. I didn’t realize that Dar would fill that niche, yet, so the collect sat. I acquired The Beauty of the Rain and The End of Summer and at that point I started to rediscover Dar.

I took to the Beauty album like it was a drug, and it was there that I realized what it was about Dar’s music that made her appeal to me. Her lyrics spoke of truth and a commonality that so many people can understand and sympathize with. She speaks of things that deep down we all feel and often go through some of the same things, but seldom shared are these feeling, truths, and events with those songs. In her music I was suddenly able to bring to light the feelings and thoughts that maybe I wasn’t alone.

I am going to share my top 10 Dar Williams songs with you and give you a piece of me, which you may understand and/or possibly share in. Dar’s songs range from folk, folk-rock, soft rock, to alternative rock. She is a widely varied artist whom I have come to respect deeply. 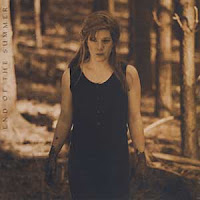 As told from the perspective of both a teenager who is in therapy and the teenager’s therapist. As someone who has been to a therapist both in college and within the last few years, I can say that there is anger and shame that comes with knowing you need to seek help. There is also something akin to relief when you can see the world through fresh eyes because someone listened to you. “…But Oh how I loved everybody else/
When I finally got to talk so much about myself…” 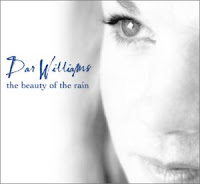 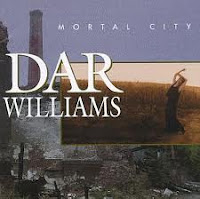 “So the Christians and the Pagans sat together at the table, /Finding faith and common ground the best that they were able, /And just before the meal was served, hands were held and prayers were said, /Sending hope for peace on earth to all their gods and goddesses” Sometimes when we feel that we can never reach across the huge chasm of personal differences, sometimes all it takes is burning pumpkin pies to connect people. My hope is that this song will inspire others to put aside differences and break their fast with their fellow man/woman kind. I definitely recommend this one. This is a fun little song about a woman and her pagan friend having Christmas dinner with the woman’s Christian aunt, uncle, and cousin. 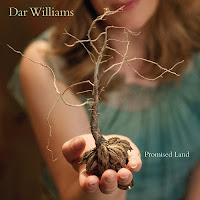 “I know change is a bad thing,/Breaks me down into a sorry sad thing…It's a sad and a strange thing./But it's time and I am changing...It’s Alright.” Change is always happening and yes it’s not always good, but you know what, it’s alright, because it’ll get better. It always does… This is a bouncy pop tune that first caught my ear when I got the album, “Promised Land.”

“You always play the madmen poets/Vinyl vision grungy bands/You never know who's still awake/You never know who understands and…Calling Olson, Calling Memphis/I am calling, can you hear this?/I was out here listening all the time/And I will write this down/and then I will not be alone again yeah/I was out here listening…” Have you listened to the radio and felt connected to the DJ, just because of his/her voice. All it takes is a few truths to know that you are not alone. In that knowledge, maybe just maybe you can find your way out to the darkness of this world. I love almost all of Dar’s poppy upbeat songs. She seems to have a way that connects you to the music with lively melodies. 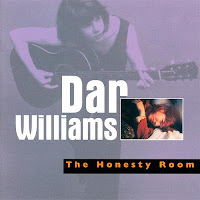 “When I was a boy, I scared the pants off of my mom,/climbed what I could climb upon/And I don't know how I survived, /I guess I knew the tricks that all boys knew. /And you can walk me home, but I was a boy, too.” Gender roles; these are the things that still sometimes keep us from being all that we could be. It would surprise you that sometimes there are allies from the other side that face roles just as painfully and the ones we have to deal with. I swear I definitely cannot make it through this song without crying. She really believes what she is singing about. This is a tender guitar ballad. Simply performed. 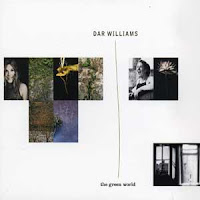 “So here's what I took, I kept the wine and laughter,/Until every path just grew up and ever after,/Through the peaks and twisty canyons,/I made many great companions…Yeah, I never took the easy way,/So you can take it a little easy on me now./Cause we know that easy's never easy anyhow.” Think about this, that anything worth having is never easy, right? Well, then that’s what life is about, not taking the easy way. You will still come out better for having done that.

This is a story song, plain and simple. In the realm of Great Big Sea (for another blog) story songs, this is a heart warming and breaking song about a child and her babysitter. There have probably been a great many babysitters of her sort. It’s a simple truth that when the babysitter arrives there are good times are a plenty. But there’s also the knowledge that growing up isn’t always easy, sometimes you have to grow up too. It’s speak well of the child’s perspective and the babysitter’s as well. But even in the sadness you can’t deny the awesome power that is YOUR BABYSITTER (I know some know what this feeling is about)! “Now she's made us some popcorn, we've turned out the lights/And we're watching movies…” 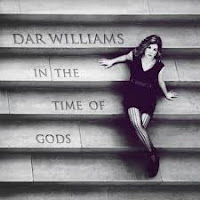 I need to include a track from Dar’s current album, “In the Time of the Gods”, as an honourable mention. I know, I have my ten tracks, but there is something else to say. Upon listening to this album, while writing this blog, I happened on “The Light and The Sea”. I have known many lyricists to create musical poetry. I can certainly count Dar Williams as one of them. Here’s why; this song can read as a poem as well as a song. Also this song can be-upon closer listen and reading-attributed to a character in a series I had been reading. That also doesn’t happen often, at least not one that hit as strong as “The Light and The Sea” did to me. It’s a wistful song, something perfect for relaxing to on a lazy afternoon.

Dar Williams, I can equate to the likes of Carol King or Joan Baez, but she is also a storyteller and a therapist. Her words are healing, and yet also beautifully melodic. I would recommend checking her out: http://www.darwilliams.com/ and http://darwilliams.net/

Dar's Facebook Page
Posted by Here, There be a Writer at 4:24 PM