Great Big Sea in Buffalo, and Greek Food, and BACON!

I am back from my weekend away, and while I did not write, I did think. As Wallace would say, it was a Grand Day Out, or at least a Grand Island Weekend Out!

As is my usual, when Great Big Sea travel to Buffalo, NY I find my way to Grand Island, NY where a college friend lives and we get to hang out and have shenanigans. 2013 is Great Big Sea's 20th Anniversary Tour, with a double disc Greatest Hits and a friggin' awesome tour. I bought these ticket last year and waited in triumph for this day.

It has come and as of this post gone! But, truly a memorable concert with one of the truly awesome bands out there.

There are a few things I do need to point out. Great Big Sea is based out of Newfoundland Canada (see map) and it along with Labrador make up the farthest eastern Canadian province. It is a rich and cultural diverse land. I will save the historical lesson, but I do plan to visit both Labrador and Newfoundland someday soon, preferably in the Summer months (I hear the Winter's are pretty wicked). Newfoundland is the island and 2 of my favourite bands bands have come out of this far out there place; Arrogant Worms and Great Big Sea. 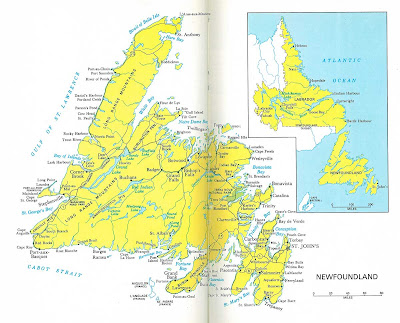 Great Big Sea is a wonderful blend of celtic, irish, egland, french, folk, and rock all roll in one. I was brought into the Sea early in college, but didn't really sink my teeth into their music until after I moved  back from Dallas. Something Beautiful was my first full album. If I didn't like them before (I did, but only knew 4 of their songs), I was in love now. The melodic vocals of Sean and the rock power behind Alan just made me melt, plus Bob on the fiddle was just my cup of tea (as I spent 9 years playing violin in school). They became my world!

So, 20th anniversary, check; tickets, check; bestest friend (one of three or four), check. I set off from my home in Corning, NY for Grand Island, NY. A trip of about 2 1/2 hours. I drive the scenic route up 390 to Geneseo to Rte 63 to Bethany, NY then Rte 20 thru Alden, NY. It's a pleasant drive and one usually filled with GBS tunes along the way.

The whole trip was a wonderful time with Laura, Krys, and Linda that included Greek food at Alton's on Saturday night, that means Souvlaki (beef) with olive and pitas with dill dressing and a Bacon-filled dinner Sunday before the concert with home Sangria and bacon wrapped chicken and bacon chocolate chip cookies. made by Laura and Krys (i wrapped the chicken in Bacon and cooked the bacon for the cookies. YUM YUM!

And the game afternoon with Krys playing Clue, which I hadn't played in year, and somehow managed to win. I was trying, but I think I got lucky. Anywhoo, I had fun. It was good times! I love my Buffalo peeps!

And then the concert, in one of the best venue to see the Sea, the Center for the Arts on the University of Buffalo's North Campus. Great acoustics and really decent seats. GBS rolled out the all of the hits and some of the new tracks recorded specially for the XX album. Personal favourites, that's always tough, but when they sing accapella, I melt; The River Driver, Safe Upon the Shore, or Come and I Will Sing You. 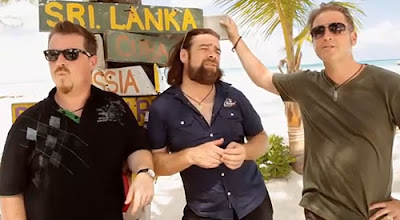 Their stage banter is also a point to be remember. The love interacting with each other and their audience, sometime Kris their drummer will walk around the stage while the rest of the guys are playing and interact with each of them, much to the audience's amusement (including mine). They play a few song that don't normally get played, What Are Ya'at?, Wave Over Wave, and Captain Wedderburn; still waiting for them to play Seagulls or Trois Navires de Ble.

I always said. give these guys a listen, they are totally worth it.