The 5 Most Annoying or Tasteless Christmas Songs

Note (updated 12/19/2016): I had previously posted about terrible Christmas Song HERE. It's funny to note that 4 out of the 5 are the same. It's proof that some songs are just terrible, or at least overly played. I am glad that I looked a little harder to find some new terrors for you, Dear Readers. Also, I have decided that Do They Know its Christmas needs to get moved. I still loathe Christmas Shoes, but Do They Know? is becoming the worst Christmas song in my book.

So, have you ever listened to the radio from Thanksgiving to New Years (varies a little from place to place)? What are the songs that crawl into your ears as the worst, annoying, and / or tasteless of the holiday set? I have a desk job, and have a little Lennox-Sound radio that plays me music to while away the hours. I think I got it in the eighties. The tape deck doesn't work, and the purple is faded to a sandy brown, but I can still listen to those classics and not so classic holiday tunes.

Most of these songs get regular airplay on my radio station of choices, which mean you have probably heard one or more of these, unless you do not have a radio, or chose to not listen to said radio. Some of these songs are truly ear-worms!

Note: Links are only for the brave and not feint of heart, except for the Patton Oswalt link!!

Honourable Mentions: Jingle Bells - Frank Sinatra (J-I-N-G-L-E Bells), Santa Baby (any version is annoying, some artists that have covered it include Eartha Kitt, Madonna, Taylor Swift, Ariana Grande, and even Michael Buble have covered this), and Grandma Got Ran Over by a Reindeer (Elmo & Patsy).

These songs why I don't hate them directly, one is mildly to moderately annoying when you hear it looped while walking around a Wal-Mart, and trust me, this has happened. I felt like I was in the movie Groundhog Day, but during Christmas. The other is just kinda tacky and self-absorbed. There's a bit of kitsch with Santa Baby, but version like the Madonna version seem to make my skin crawl. And sometimes, ever once in a while the stupid need visual aids and gets made into a Christmas special . Definitely NOT kidding here!

5. Santa Claus Has Got the Aids - Tiny Tim

I only learned of this while looking up potential candidates for this list. I listened to it for you, and it is thew weirdest song I have heard. Click the link if you are curious. Tiny Tim, the master of tip-toeing thru the tulips wrote and sings this one. I'm thinking there was a motive for writing this song, but I just don't know. It's upbeat and borders on jollity. It makes it a little creepy with Tim's light-hearted take of the AIDS epidemic (before it became one). I have never heard this on the radio, ever!

4. All I want for Christmas is my Two Front Teeth - Spike Jones and His City Slickers

Written in 30 minutes by a music teacher, Donald Yetter Gardner in 1944, because over half of his class were missing one or more of their front teeth. Recorded by many groups and artists including The Chipmunks, Danny Kaye and the Andrew Sisters, Ray Stevens, George Strait,  Nat King Cole, The Three Stooges,  Count Von Count, and RuPaul.

I cannot find much about this song. The songwriter is Bill Dannoff, the creator of Starland Vocal Band, and writer of their ONE BIG HIT, Afternoon Delight. He also penned Daddy, Please Don't Get Drunk... He worked and toured with John Denver, which is how this song probably got onto the roster for Denver's, Rocky Mountain Christmas Special. It's another link in the chain of overly sad to depressing Christmas about bad behavior during the holidays. I do get it, that the holidays, they are hard for some people, but I prefer to focus on the happy, joyous spirit of the holidays, not the sad, depressing parts. Also covered by Alan Jackson and The Decemberists.

The top most annoying Christmas Song goes to that song. That song about the damn shoes and hard luck children. This is a really for me to go Bah Humbug. I'm serious, Dear Readers. The only reason I can even say the name of this song is because of Patton Oswalt's bit on Christmas Shoes, and then someone animated it. Check it out here----> Patton Oswalt's Christmas Shoes. Also, I need to point out that this song was made into a Hallmark Made-for-TV movie with Rob Lowe. Even worst, there are TWO, count 'em two, sequels (I haven't watched them!

1. Do That Know It's Christmas Time? - Band-Aid, Barenaked Ladies, Glee

What do you get when you combine a bunch of A-list artists and the continent of Africa? A really self-righteous song about how sad the folks of Africa are, and ultimately how lucky those in first world countries are. If I seem bitter, it because I don't feel that message about helping others came across sincere. I know that aim was to inform the people of the world about the plight of Ethiopia and raise money (and oh, did it), but it just comes across uppity. Boy George was almost not part if the track as he was flown over to England last minute, due to a busy Culture Club tour. The song has been recorded four times and covered by the Barenaked Ladies and Glee and it never gets any better. The tone is really wrong, and I cannot get past it.

Remember, this list is subjective. I would love to hear from all of you about which Christmas / Holidays songs drive you crazy, are over played, or just plain tasteless. Have a Wonder Holiday season! Blessings to you and yours!! 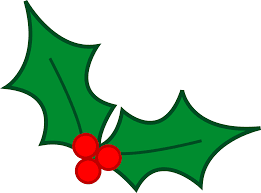