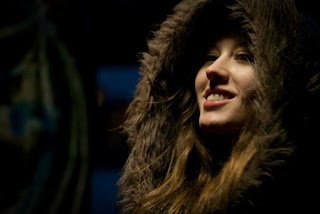 If you’ve been on the internet and I figure most of you have, especially if you are reading this. The internet is full of music, comedy, silliness, weird shit, and countless other things. The facet of the internet that fascinates me the most for this blog is the music. Anywhere you go on the internet now a day you can find music.

“If music be the food of love, play on, Give me excess of it; that surfeiting, The appetite may sicken, and so die.”  -William Shakespeare, Twelfth Night

I think Will said it best. Music at its core is food, something that we inherently need, or we die. I have had many moments in my life that music has touched me, have helped me through a speed bump or three, or just made me smile.

“Music expresses that which cannot be said and on which it is impossible to be silent.” –Victor Hugo, Hugo's Works: William Shakespeare

In this day, when the internet plays such a critical role in our lives, something as important as music becomes easier to access, from iTunes and Amazon mp3 to youtube and spotify, music is everywhere. There is very often a song for every mood. I know with myself, that I will pick music to listen to that reflects my mood; when I am happy, I will listen to Great Big Sea or Katie Perry, often when I am angry I will listen to Meatloaf or Weird Al, and when I want to write it’s anything instrumental (Celtic or classical), Celtic Woman, or Katie Perry.

In the last few years, I have taken to the internet in search of music, sometimes to just listen to my favourite tunes on youtube, Pandora, or Spotify (which I haven’t tried yet, future Blog idea?), or to discover to some untapped music.

You see, there are dozens, no, hundreds, wait, thousands of musicians and bands out there trying to make it in the world. I’m sure if I listed some here you would probably think, ‘who the heck is that?’ right? Well, that’s the idea! Have you heard of Lindsay Stirling or Hannah-Rei? No? Well, some of you have, but the point is that some of you haven’t. I want to bring to the surface some of these artists that you may have not heard of, or have only briefly heard of.

In the main stream music there are so many artists, genres, and styles of music, that I could blog everyday and not repeat. In this year 2012 there's Justin Beiber, Taylor Swift, Carly Rae Jepsen to name a few. Many of these artists I could do without, personally, but also I could discuss the inherit benefits of Katie Perry (you know you listen to ‘Last Friday Night’!) But here I would like to spotlight artists that are certainly not mainstream or even signed, yet, that is.

This week (hopefully on a regular basis), I would like to spotlight an artist that I think deserves a bit of press who is from the other side of the pond (well depends on where you are from). Hannah Rockcliffe is from Wakefield, West Yorkshire and goes by the moniker, Hannah-Rei has recently release her first full LP “Time to Play,” she was kind enough to let me interview her about life, music, and the future.

Born to a highly musical family, Hannah’s father played piano, so she was surrounded by music at an early age. At the age of 11, she wrote her first song. “I had a Music homework assignment to write a song and I enjoyed it so much that I didn't stop.” It wasn’t the best song Hannah admits, but it certainly had form and rhyme. A soul singer from the onset, Hannah finds influences from Stevie Wonder and John Legend. Soul music is the music that really resonates the most with her; and her first love musically was Michael Jackson. 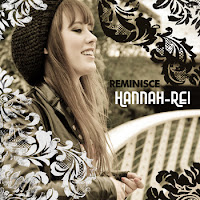 Hannah graduated from Bath Spa University with a MA in Songwriting and began her musical journey to building her own musical following. She released her first EP “Reminisce” in February 15, 2010, a 5 track EP of heartfelt soul songs with her singing and playing the piano. I will admit that I discovered Hannah through the Rocky and Balls videos, but then I checked out Hannah’s personal youtube channel, http://www.youtube.com/user/hannahrei01. Here she posts original content and covers. I was so very impressed with her voice and skills on the piano. It was like her fingers danced across the keyboard. After a while of following her video I purchased “Reminisce” and was wonderfully surprised and thrilled with the music and the production value. Stand out tracks are “Another Chance” and “Do It All Again”. It’s just Hannah and her piano, but you can hear everything. It’s piercing, pure, and positively (I love alliteration) a great listen. 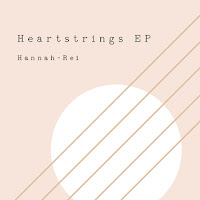 Two years later, she released another EP, “Heartstrings” a 4 track EP which I feel has a rawer, yet purer sound. It’s like she pours herself out there for her fans. It is truly touching and awesome. There’s piano and guitar here. Stand out tracks, “In the Beginning” and “Baby Baby Baby”.

When asked how she feels she can best promote herself as an unsigned artist, she comments that doing her live shows on BlogTV.com. “I have found that my BlogTV gigs are the best way to promote my music so far. I think that when people get to see me play live it makes a difference.” Turning into Hannah’s weekly BlogTV: http://www.blogtv.com/people/Hannah-Rei show has given me a greater view of her talents and learned more about her as a person. She has covered artists the likes of Adele, Ed Sheeran, Emeli Sande, Beyonce, and John Legend. She cites herself as a soul artist and highly influence by R & B and Soul, she also says, “I am quite in awe of people who have a really eclectic taste in music, because I wish I could find a wider range of artists that excite me.  I would say however that I can find lots of songs that I like from many different genres but not so many artists.”

There is a sincerity that Hannah exudes in her music. I have never been a HUGE R & B fan, but there a number of her covers that I find myself enjoying her take on these songs. 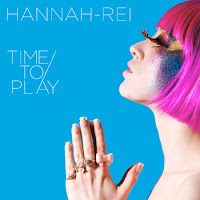 “The internet has definitely opened up my fan base globally,” says Hannah. This year has brought some awesome changes to Hannah as she has been able to write and record her first full length album, “Time to Play” released in November. The 10 track album which has been released digitally features a number of tracks that Hannah has featured on her live streaming web shows, in fully produced and epically amazing tacks (okay, I’m a tad biased). Bias aside, Hannah has stepped it up with “Time to Play” with new fully produced tracks and yet retaining her powerful voice and passion for writing. Stand out tracks include “Superhero”, “Elastic”, and “Upside Down.” The best part is the she returned to previous songs and revamped “In the Beginning” from “Reminisce” with an edgier sound.

When asked what she has planned for the next 5 years, 10 years, Hannah responded that she hopes that she will have been signed and release one, if not two albums. She is currently playing gigs in the UK, with hopes for greater tours and even coming to the US.

May the great muses dance in your head to aid you, Hannah. I hope that you, Internet will be a bit curious to check out her music at: http://www.hannah-rei.com. The not to be put down artist and great all around person, Hannah-Rei. You can follower her on Facebook, Twitter, and MySpace: https://www.facebook.com/Hannahrei01 and http://www.twitter.com/hannahrei01, http://www.myspace.com/hannahrockcliffe.
Posted by Here, There be a Writer at 11:12 AM